Hama no Asahi no Usotsukidomo to 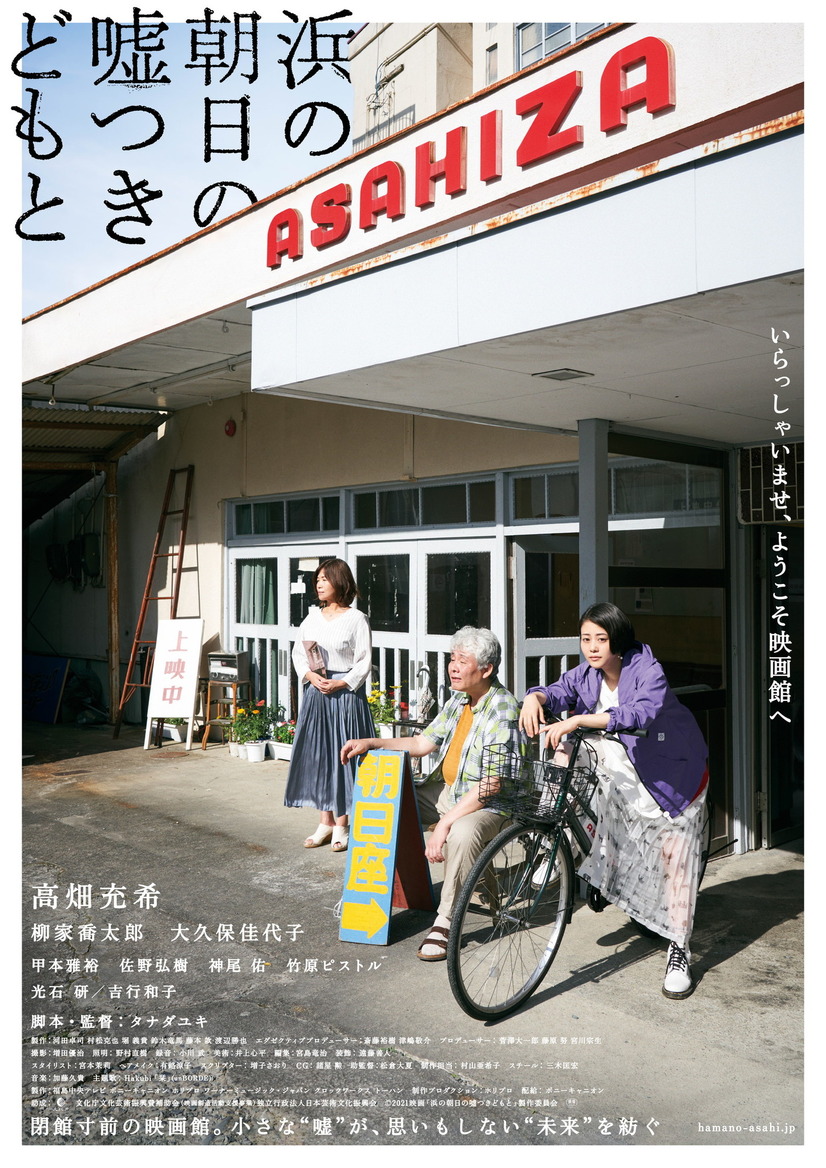 Movie theater Asahiza has existed for almost a 100 years in Minamisoma, Fukushima Prefecture. Unlike other theaters, Asahiza plays old films and doesn't get a lot of customers. The manger of Asahiza, Yasuzo Morita (Kyotaro Yanagiya), finally decides to close down the theater. When he is about to burn the old 35 mm films, a young woman named Rika Motegi (Mitsuki Takahata) suddenly appears and tries to stop him. Rika Motegi came to Minamisoma from Tokyo to save Asahiza.