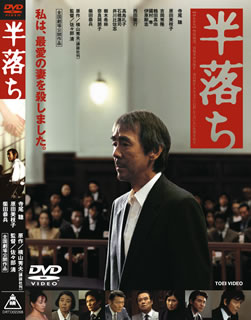 Half a Confession introduces itself as a thriller and abruptly changes gears, transforming into a tale of morality with deeper insights into its characters than we had anticipated. It begins when Soichiro Kaji (Terao), a retired detective, walks into police headquarters and confesses to the murder of his wife. We learn that the victim had prematurely developed Alzheimer's after the tragic death of their son, and in her suffering, had asked to die. The police chiefs would be far more content to take him at his word if it were not for a conspicuous hole in his story: 48-hour gap between the alleged murder and his confession. Fearing a public relations nightmare, they are eager to bury the incident and keep the press in the dark. -- Midnight Eye