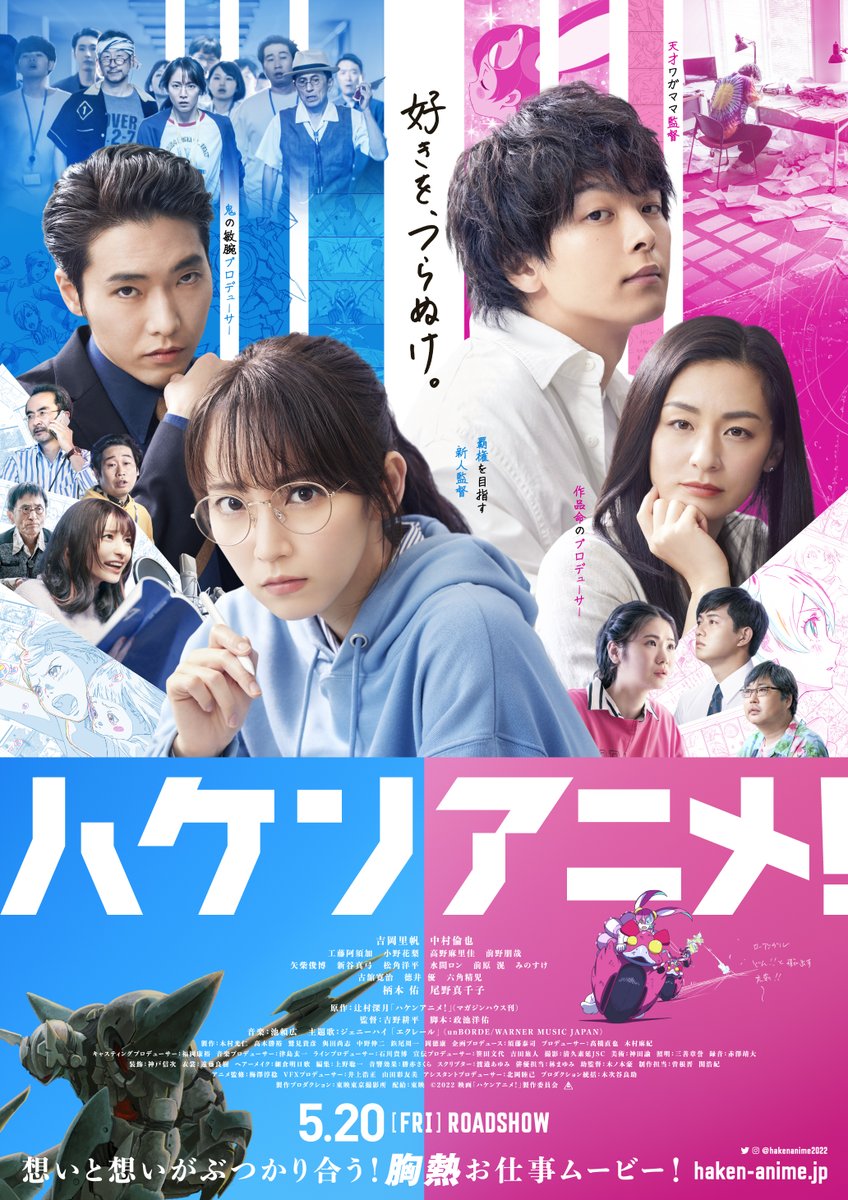 Set within the highly competitive animation industry. People in that field work hard to receive the title of "haken," which is given to the most popular animation.

Hitomi Saito (Riho Yoshioka) works on her first anime as a director. She struggles along with her colleagues to make the animation film, while dealing with various difficulties. Meanwhile, Chiharu Oji (Tomoya Nakamura) is an animation director and has made hit movies in his past. He teams up with Producer Kayako Arishina (Machiko Ono) to make his first animation film in 8 years. Hitomi Saito and Chiharu Oji now direct films that are set for release on the same date. Who will get the title of haken?