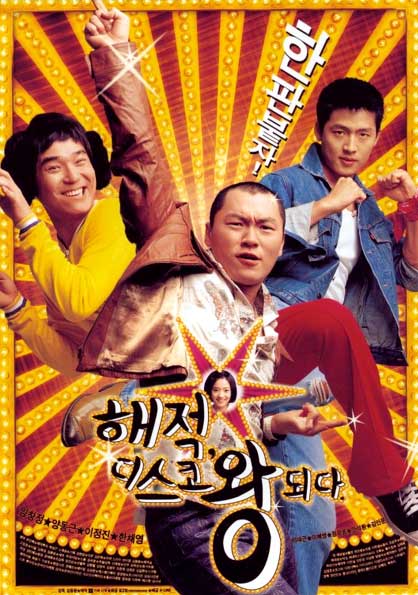 During the early 80’s in a small village in South Korea, Haejok, Pong-pal and Song-gi are three good friends trying to complete their studies, but not without regular trouble. On a casual day, Haejok runs into a mysterious young girl, which he immediately falls in love with. But his attempt at trying to talk to the girl fails miserably. Trying to deal with the case of that mysterious home town girl, Haejok and Song-gig notice that Pong-pal didn’t show up in school for the last few days. They will learn later that Pong-pal`s father had a terrible accident and he and his sister now have to work to pay the regular bills and also for the hospital fees.

But the worst is that the mysterious girl is in fact the sister of Pong-pal, she now has to work has a hostess in a popular disco bar owned by a powerful gangster and there is no way she can get away from that job. The only proposition that the boss is willing to accept is if Haejok can win the upcoming Disco contest, he will free Pong-pal`s sister from her work. Unfortunately for Haejok, he’s a really bad dancer and the contest is in a week away!