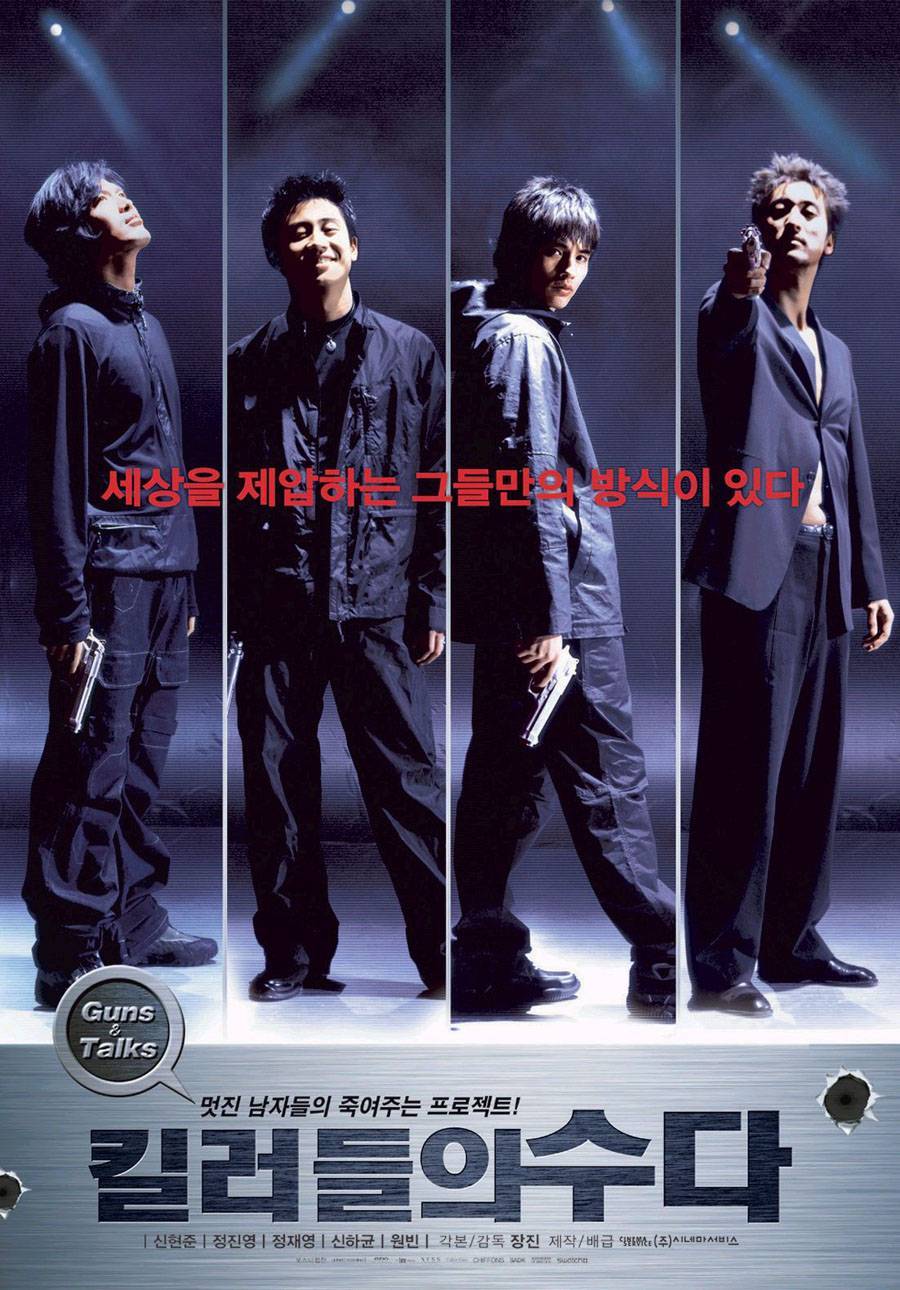 Guns and Talks follows a team of four skilled hitmen who will assasinate anyone for money. However, these are not your normal hitmen. They actually wouldn't kill anyone without a contract, and still ponder why people would ever want someone to be killed.

pris Jun 27 2018 9:31 am Fun and frivolous film. Watch it for the laughs, the whimsy and the cool factor, not for any serious insight into life and death. And how young everyone looks here. Shin Ha Kyun, Jung Jae Young and Son Hyun Joo are still fresh-faced, Won Bin and Kong Hyo Jin look like babies, and Jung Jin Young is just HOT :D.

M L WRIGHT Dec 16 2013 7:05 am This movie is really brilliant , however ; korean movies are the best and even hollywood could not have created a movie like GUNS AND TALK..All the actors were truly fantastic. Special mention for JUNG JIN-YOUNG WHAT AN UNUSUAL DETECTIVE truly original .. korean movies forever :O)

depestere Aug 09 2012 1:45 am the only movie at which i laughed while watching it alone, it was pretty incredible