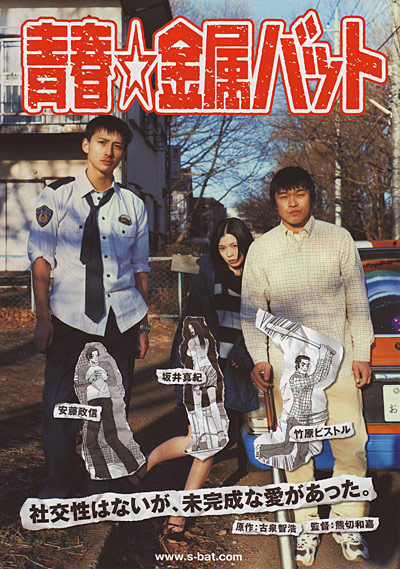 Nanba is a shunned outcast who doesn´t have a girlfriend,any money,or prospects-a turnaround from his glory days in high school when he played on the baseball team. His former teammate Ishioka used to be their ace pitcher; now he´s a policeman because of an elbow injury. Then there´s baseball fanatic Eiko,a hopeless alcoholic who spends more of her time drunk than sober. The three share an intense love of baseball... .....with Wakamatsu Koji as the spirit of Babe Ruth!