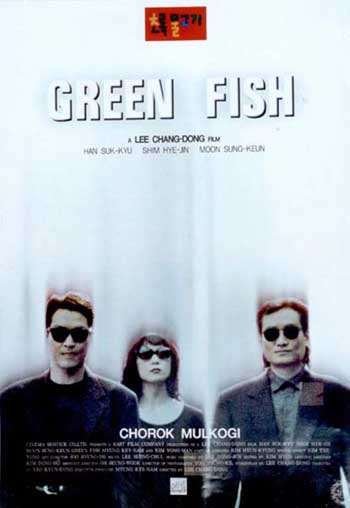 Having just been discharged from the millitary, Mak-dong is on the train home when he finds himself in possession of a pink scarf. From the beginning, Mak-dong is entangled in a relationship that becomes his undoing.

Home, Ilsan, is not the same for Mak-dong anymore. The fields and rice paddies have gone, replaced by high rise apartments, and the family has moved on while he has been away. All of his siblings except an invalid brother have left home, struggling to make a living. Mak-dong dreams of a time when the whole family can live together again, operating a family business, living in harmony.

While looking for work in an alienated neighborhood of Seoul, Youngdeungpo, Mak-dong again sees Mi-ae, the owner of the pink scarf, this time singing in a nightclub. She is the girlfriend of a gang boss BAE Tae-gon, through whom she finds Mak-dong a job. While working at a parking lot, Mak-dong gets his first 'break' and a chance to prove himself. After the successful completion of his first task, Mak-dong is admitted as a fullfledged member of the gang, honoring BAE Tae-gon as if he were his own elder broher. Now a member of 'the family', Mak-dong and Mi-ae find in each other a kindred spirit, the feeling between them not clearly defined, yet finding themselves drawn to each other through their common feeling of hopelessness.

Suddenly, one day BAE Tae-gon's own former gang boss KIM Yang-kil arrives from years behind bars to take for himself the little empire BAE Tae-gon has spent his life building. The organization finds itself on the verge of complete disintegration, so Mak-dong makes a final expression of his loyalty by getting rid of KIM Yang-kil. BAE Tae-gon personally eliminates Mak-dong, being consistent with his ruthless nature that has got him so far in life.

Some time has past, and BAE Tae-gon and Mi-ae, having moved to the Ilsan New Town that typifies new middle class suburbs sprung up around Seoul's satellite cities, has one day come upon an old-style restaurant in an old-style house run by a family. This encounter between Mak-dong's family and Mak-dong's killer seems nothing out of the ordinary, giving a peaceful and yet meaningful ending, neither party being aware of who each other is and the history that has just past is represented merely by old pictures framed in a corner of the restaurant.