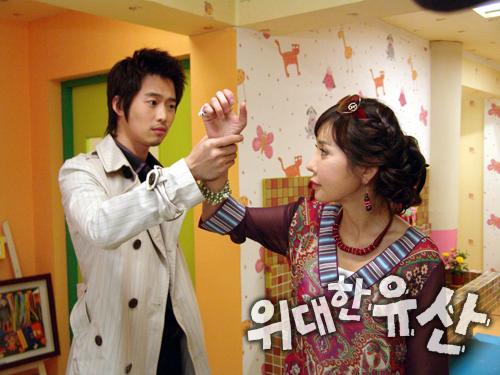 Through its main character, former gangster and currently novice kindergarten teacher Kang Hyun-se, this drama criticizes the negative aspects of early child education, which prioritizes knowledge over character, and shows what children really need. It opens the possibility of alternative education by portraying how Hyun-se transforms from a hopeless gangster into a warm-hearted kindergarten teacher played by Kim Jae-won. The role of his colleague, Yoo Mi-rae, who keeps making mistakes, is played by Han Ji-min. Mi-rae’s ex-boyfriend, the ambitious Shi-wan, attempts to take over the kindergarten and hampers the two people from loving each other. Actress Lee Mi-sook portrays Ko Ah-ra, the director of the kindergarten who has her own philosophy about education and does her best to protect the kindergarten. She even stands up against powerful people who want to destroy the kindergarten to gain profits.

Enn May 14 2019 11:06 am I disagree with you @Kinggofing I don't like Kyung Ho's Mom Without her The two lead would have gotten closer earlier ..

Cath Feb 11 2017 10:11 pm I can't remember how many times i laughed so hard because of this drama. the main leads look good together. and the cuties were so cute.

Kinggofing Feb 20 2014 9:40 pm I was hoping that he would end up with Kyung ho's mom. the main female didn't deserve him

Bonnie Lynn Katzell Muench Aug 30 2013 9:05 am I loved this it was so cute and scary at the same time it shows you what gangsters are and it also shows you that some can change and you shouldn't judge one by their past especially when you see they are trying to change... I love Kim Jae -Won but all the cast did such a wonderful Job.. Bravo to all involved...