Good Morning to the World! 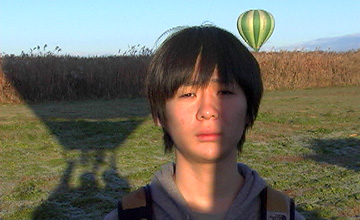 High-school boy Takahashi Yuta is effectively bringing himself up alone. His father is long gone and his mother is constantly off on trips; she leaves him notes and modest amounts of cash to keep himself fed. Not surprisingly, he's a bit of a loner at school. But he's fascinated by (identifies with?) the vagrant man who sleeps in a road tunnel near his home, and when that man is killed - apparently by a gang of local delinquents - he sets off on a quest to find the dead man's family and friends, following clues in the man's bag. For Yuta, this becomes a formative lesson in the ways of the adult world, taking him far beyond the teenage obsessions of his noisy classmates. -- Vancouver International Film Festival