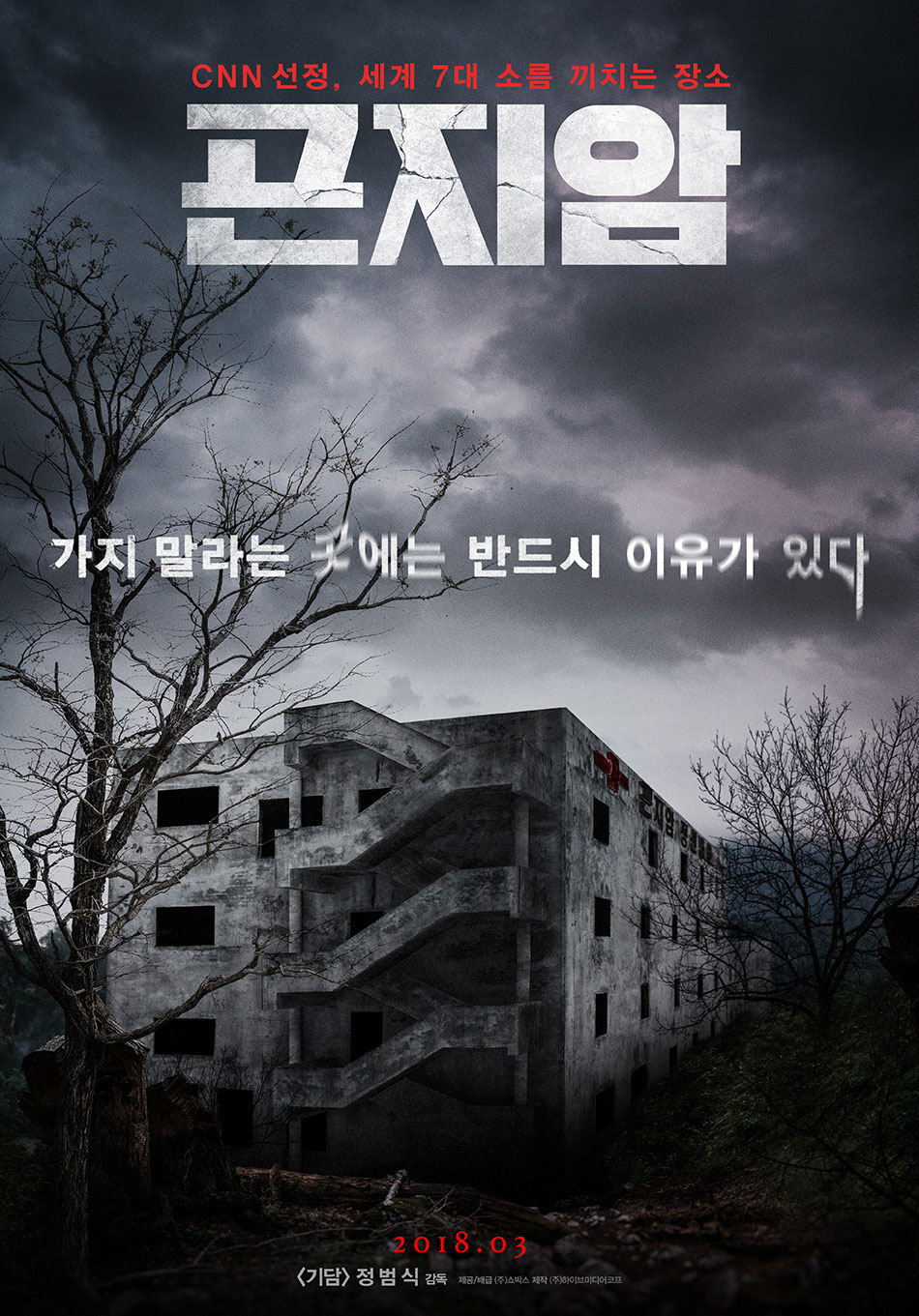 In 1979, 42 patients at Gonjiam Psychiatric Hospital killed themselves and the hospital director went missing. Rumors and strange stories about the now abandoned Gonjiam Mental Hospital abound. An internet broadcaster and 6 other people decide to enter the abandoned hospital to experience unbridled fear. They begin to stream live video from inside the hospital.

To those who are still confused about the ending, let me give a brief explanation about it. After all of them d1ed (except Seungwook) in that asylum, the scene moved to the campsite and it showed the live broadcast screen. They were supposed to have more than 900k streamers but it turns out that it was the spirit who tricked Hajoon into believing that they've got a huge amount of streamers when the truth is the number of viewers dropped after Sunghoon exposed the broadcast was scripted. I hope this clarifies your confusion.

ananya May 08 2020 4:08 am sorry , but this movie was not my type i was unable to understand it . and i was not much scared , because of the cinematography of the movie and camera work . i hope those who like documentry will like it but if you are looking for some spooky story , mystery and horror this is surely not the right movie for you. but the acting was really good.

nctzen Nov 13 2019 7:06 pm I still don’t understand the first part of the movie where the 2 teenagers laughing together while trying to open the 402 room door, what did they heard? and what is the thing that got circled when they slow motion the video?

Joonie May 24 2019 11:34 pm As a horror movie fan, I find this movie creepy as hell like I’ve seen more scarier movie and it didn’t even trigger me. It gives me goosebumps ever since they entered the hospital like damnnnnn bro a normal ghost is scary as hell but a mental illness ghost? Anw the ending was a bit confusing like I don’t even understand what happened to them despite that I would recommend this movieeee ❤️ Y’all need to try this if u haven’t alr.

Introvert alien Mar 28 2019 2:18 am I like how all the actors used their real name in the movie except for Charlotte~ great movie. Thumbs up

Rendiishere Oct 16 2018 11:03 pm I think it's pretty good, it has blair witch feel with the pov from the explorers cams combined with live streaming (how can they get signals from the hospital to the camp, at one point they're even at the underground). Too many dragging scenes before they even arrived and i wish to see much more lore or explanation or research about the place instead of seeing them drinking beers or playing in the water. I admit there's some scary sht, like "nope nope nope" scary when the two girls ran out and one of them *spoiler*, i like when horror movies show how scary it is not by exploiting jumpscares (cheap move) and even though there's some jumpscares in this one, that scene is freakin scary. I kinda wanna see more of the encounters, how it actually end, how about their fates. it has its moments, worth to watch.

ifa Jul 25 2018 11:47 am despite there are no famous actor here, this movie got commercial success in korea. wow

Sunday May 27 2018 2:02 pm I wouldn't say this movie is scary, but it's definitely creepy. However, it may be scary for people who gets scared easily. I'm a huge horror movie fan, so I find it difficult to actually find movies that are scary. The scariest movie to me to this day is "Ju-on," but I don't even find it that scary now. I found the characters and plot for this movie very typical, but the ghosts in this movie were definitely refreshing. This is definitely one of those movies that focuses on scaring the viewers rather than the plot.

Fu Apr 30 2018 9:36 pm It's not as scary as i tot, but certain parts or scenes did horrifying. The only disappointing factor, to me, is that it didnt explain the whole possible dark secret behind. Perhaps it is done to prevent unproven lores to confuse the audience. However, random ghosts didnt even give us well defined reasons for us to dwell within the back story fully. Thus, it's not convincing enough to tell a story.

WeiWei Apr 25 2018 1:45 am Kim Min Jae and Joy of Red Velvet already watched this one hahahaha. You can see them talk about this in their “Great Seducer” behind the scenes:)))

MG Apr 19 2018 8:14 am Guys.. you all have to watch this. Is available in Malaysia today n I just watched it. Superb, is scary enough but at the same time it is best movie. Well done to all casts . pls pls pls continue it for GHA 2 very soon.

Princessishere Apr 03 2018 10:00 am GOT7 members and iKON members watched this movie too. GOT7 JB said that is is so scary while iKON donghyuk just uploaded insta story but i actually forgot what is his caption abt. Oh yeah not to mention, i remember seeing eric nam or sandara park uploading the cover photo of this movie and said that it is so scary yuyuyu lmao im so done with them. IM GONNA WATCH THIS IN CINEMA NEXT WEEK ISTG I HOPE IM NOT GONNA FAINT IN THE HALL WAS

iamjuliashine Mar 29 2018 2:24 pm KNK Heejun watched the movie, told us not to watch it, and tried to crawl in bed with his hyungs that night lmao