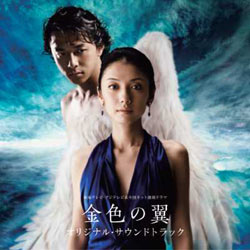 Shuko (Sachiko KOKUBU) lost her husband in a plane crash. Because of the huge amount of money she has inherited, she gets unfounded suspicion and slur. Deeply hurt, she comes to a members-only hotel on a small island to be free. There she meets Maki (Mizuho TAKASUGI), a young man who has no freedom to leave. Maki and Rio (Mika HIJII), his girlfriend and a niece of the hotel owner, conspire to get enough money from Shuko to flee from the island by seducing her to fall for Maki. While they dangerously deepen their false affair, Shuko’s fortune attracts people around her. Based on the classic “The Wings of the Dove” by Henry James, a leading novelist of the modern Anglo-American literature, the story of love, greed, lie and truth evolves on this beautiful and isolated island.

Does anyone know if there have been other Japanese TV programs or films adapted from or influenced by Henry James? I would greatly appreciate any information on these topics.

Thanks so much, Sarah

Might anyone know where I could get a copy, whether in the form of a CD or a copy of the script?

I will try to contact the screenwriter, as well as the actress.