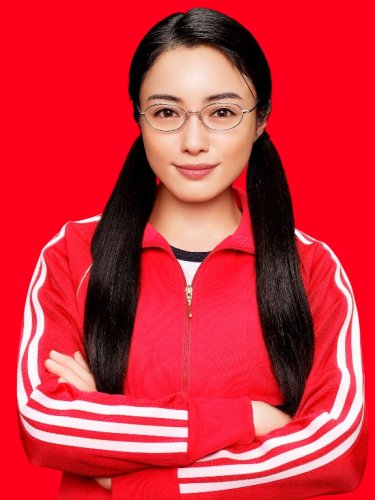 It’s only a week till graduation and everyone is happy about their “what to do in the future” But in a wink of an eye, everything turned the other way around when they met a student named Reita from 2-D; a student who transferred from Ara High. Kazama and Kuraki lost their job later on because of recession, according to the company. 3-D got suspended for picking a fight on 2-D and the class is falling apart. Later on, Reita is in trouble; 3-D seeing their previous self on him went through a big commotion to save him. On the other hand, Yamguchi Kumiko is to make the farewell speech but if she wants to save her student, surely she will not make it. Will the 3-D graduate? Will she be able to deliver her speech?

SaiRumi Jun 29 2015 10:42 pm I guess they changed Ren Kazama's hairstyle since Haruma (its actor) was also doing other projects/drama that time XD Nevertheless, he's still handsome especially when he smiles~

Ayane Nov 20 2010 1:14 am Can someone help me where I can wait the gokusen special graduation........ huhuhu....... I really love Gokusen!!!!! As a matter of fact I have collected all the gokusen series well that is except for the graduation special.... I have look for it to all the anime store but still to no avail..... Can someone help me find a cd of that.......?? It's really important bacause I'm also a fan of Ren Kazama and Yamato Ogata!!!!!! I will really be happy if you help me... Thanks.

Ayane Nov 20 2010 1:11 am Reita is really handsome and all the cast of gokusen 3...... I having trouble regarding the special graduation..... can't find it anywhere.... though I seen the trailer...... ohhh the movie was really awesome and worth watching

I finally watched Gokusen 3 SP today. It was good as always. Too bad they changed Ren's hairstyle, previous one with white feathers suited him better. They killed his badass look completely. Though I really liked how Yamato's hair looked, all wavy. Producers probably heard my prayers and changed his look, because I didn't liked his hair in Gokusen 3 at all And I couldn't believe that Saito Takeru was also there, although his part wasn't that big, I was very happy to see him. And Yuta Tamamori was so adorable, I wanted to pinch his cheeks every time thay showed him!! And I thought that his hairstyle was cool

misteriousgirl Jun 20 2009 4:50 am yes like you guys i have the same wish that GMA7 could do us a favor hayyyyyyyyyyy but surely they will do it there rating will go high

Sparkl3 Jun 19 2009 3:46 am Who's reita? i've watched the special and i just am interested in him LOL wondering what his real name is! anybody help?

Ulyssa Elaine May 05 2009 3:40 am Wow! I'm the first to c0mment on this article. Haha! Ahm, I am really excited to watch this episode because I'm one of their fans. When I finished watching the Season 3 of Gokusen, I was so confused because I haven't seen the graduation part of the drama. I predicted that there will be part 2 on this drama and my prediction is right. Haha. I wish that I will see them in person soon.