Going by the Book 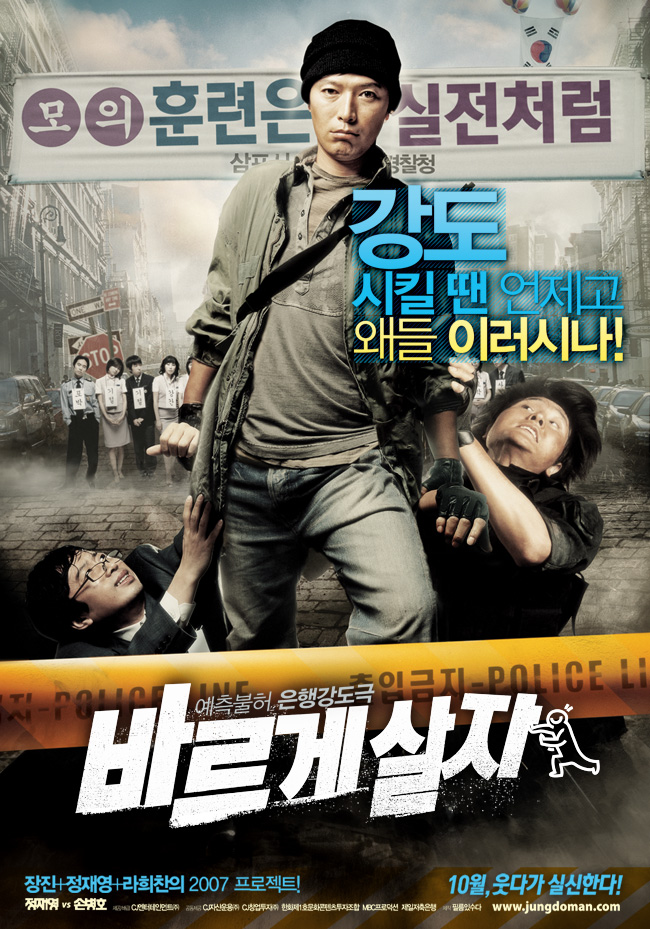 A string of bank robberies puts the public in a panic and they demand action from the newly appointed police chief to crack down on the perpetrators. In order to appease the residents of the city and carry out his own ambitions, The police chief appoints naive traffic cop Jung Do-man to infiltrate the world of the robbers. 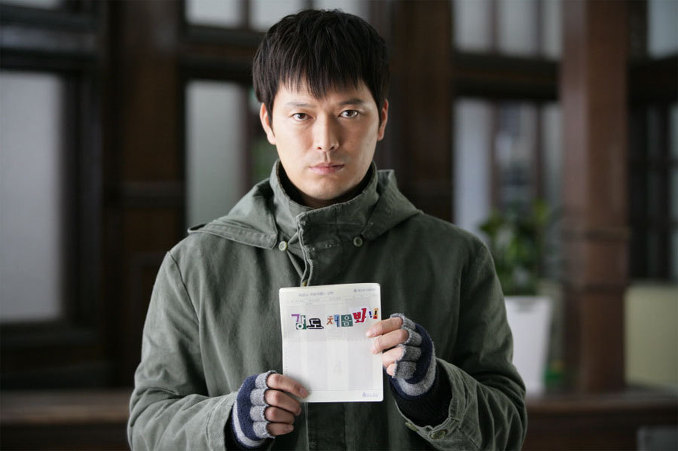 Kris Feb 07 2018 7:38 pm Funny, no evil mother in law and the lofty rich privileged people are few in this movie. Loved it. So glad I have it on dvd. I loved the police officer playing the robber and how he handled his superiors and the reactions of the people at the bank were well done. Writing nice.

defrots7 Jan 19 2015 1:12 am Hilarious XD one of the best scene when a simulated rape one of the hostage who wouldn't shut up hahaha! a must see!!

lyndelalday18 Dec 04 2014 2:16 am So nice movie! It was so unique on screen. No harsh intentions but I think, some bank robbers out there just laugh on the movie.

ace Nov 12 2014 9:10 pm Ok. Just watched this again. For what it is, it is really good. The plot was a bit far-fetched but the script that delivered the plot felt very organic. I liked that there were no real villains. It is just a case of everyone doing their best. There is a fair amount of humor. And the overall tone is light. But light doesn't necessarily mean shallow fluff. The casting in all the roles is really spot on. Rarely have I watched a show that had every character cast so well.

It is not exactly high art. But I cannot praise it enough.

ace Nov 12 2014 8:19 pm Pretty novel idea. The cast were really great. All the cast, not just the leads. The script was really clever. Some of the exchanges sounded very realistic. Visually it is also clever in its own way. I liked the Stockholm Syndrome-like reaction to the hostages. And how diligently they played out their hostage roles. And I have to admit, that for me, it had one of the best endings ever. Very rewarding. All-in-all, I recommend it if you want a bloodless Cops and Robbers that still has a high "death" toll.

I would not consider this movie to be just a comedy, but I would actually consider it to be a "Serious Comedy". I know it seems like it doesn't make sense, but it is my best description for it.

However, this one is different, and the only for you to understand what I mean is by watching it. So if you want to have GREAT laughs because of a serious situation, watch it. You will know what I mean, so just watch it already!

hello Jun 24 2012 7:51 pm This movie reminds me quite a lot about the "Stanford Prison Experiment". Would such a simulation in real life go as in the movie or the robber would take on the role more seriously? Read about the experiment to see why this movie may not represent the real world situation if similar training was carried out.

Gasenadi Mar 28 2012 12:53 pm Some very hilarious parts, while others were profoundly thought-provoking. How a cop who is demoted for "going by the book" in a corrupt system gains notoriety for being the best fake bank robber he can possibly be. The way the Police Chief's publicity stunt backfires is what feeds both the comedy and the drama. As always Jung Jae Young gives a powerful performance (when does he not?) This movie I truly relished and will definitely watch again and again.

tia Oct 19 2011 8:40 am oh my god,,i totally love this movie..! what a brilliant story! you just never know what it's going to be. though the pace is a bit slow at first, but there are many surprises that makes you to keep watching it. great performance by jung jae young and the other casts! 9/10.