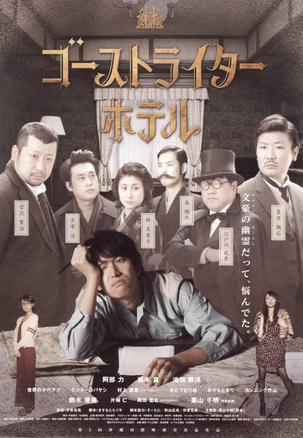 The aspiring writer, Bunichi Utsumi, has never fi nished a novel. He makes a living as a book critic but with unsteady earnings, his wife is fed up. As a last hope, he stays at "Hontendo Hotel", renowned for its patrons of literary masters who have stayed incognito while completing their works. He tries to write, just like the masters. However, the hotel's known by another name ? "Haunted". Screams of the tortured souls of past writers echoes throughout. Apparitions of past literar y greats such as Souseki Natsume, Kenji Miyazawa appear.-- Okinawa International Movie Festival 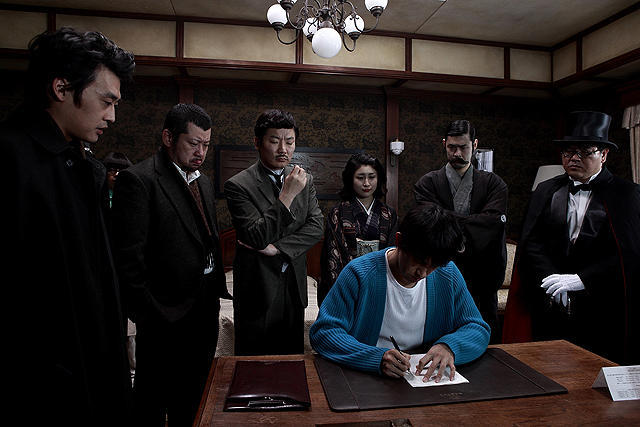