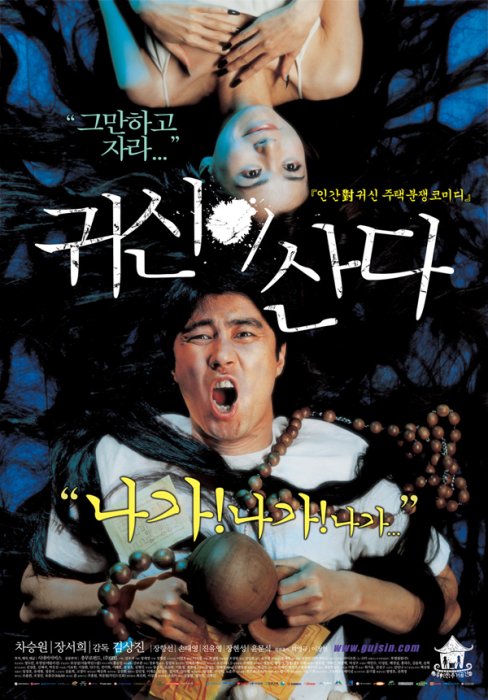 Park Pil-gi’s family has never owned a house for three generations. They have to live in a rented room all their lives. Quite understandably, his father’s will at his death bed was ‘get your own house,’ which became Pil-gi’s goal in life. He works at a shipyard by day and as part-time chauffeur by night. After 10 years he finally manages to buy a two-storey house near the beach in Geoje-do, with some loans and mortgage. On the day he moves in, he shouts “Father… I did it! I bought my own house!” But his joy soon turns to fear. A knife flies toward him, the actor on TV suddenly shouts at him to leave the house, and even crawls out of the screen.…

Rhyme May 21 2020 3:30 pm The movie cracked me up! It's enjoyable to watch and really worth watching. I actually love the chemistry of the main leads and was expecting something romantic between them but I undertand that this wasn't a love story.

Candice Jan 27 2018 5:11 am This is one of my favourite films. The comedy at the beginning always has me almost choking with laughter whilst the sad fate of the ghost is the perfect counterpoint. I liked the "happy" ending. The acting was just superb and really made the haunting believable.

Clarkdale44 Mar 03 2014 10:10 am WOW, mind blowing, superb... I am totally impressed with it. Worth my time and i enjoyed every moment of it. Cha Seung-Won and Jang Seo-Hee both played their part well. If you haven't watched it yet then watch it now. You will never ever regret it..