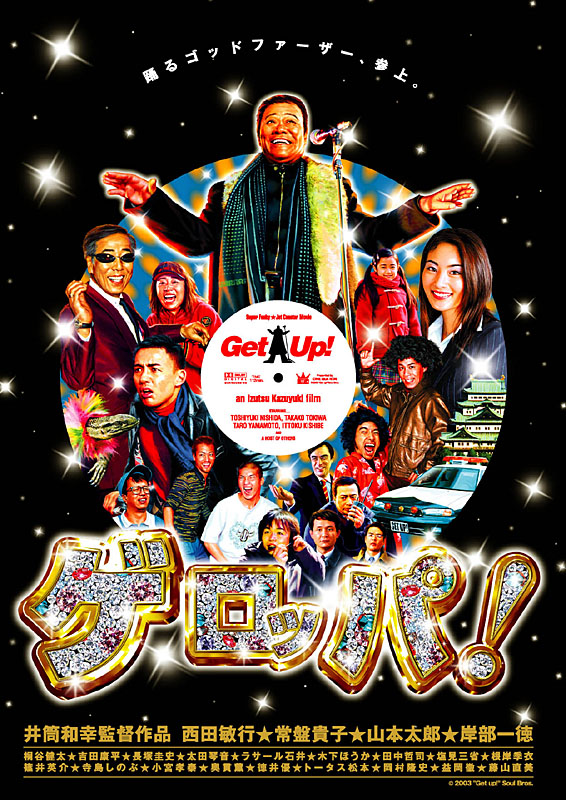 A hilarious spoof on Yakuza films involving the Hollywood celebrity look-alike industry. The title refers to James Brown's singing 'Get Up!' throughout his song 'Sex Machine,' as followed along by his Japanese fanatics who shout 'Geroppa!' Award-winning actor Toshiyuki Nishida stars as the James Brown-loving boss of a minor-league Yakuza family who wants to go straight. He's about to be incarcerated in a couple of days, and his henchmen try to kidnap James Brown who happens to be touring Japan, in order to make their boss's dream come true which is to meet the god-father of soul. Takako Tokiwa costars as Nishida's estranged daughter.