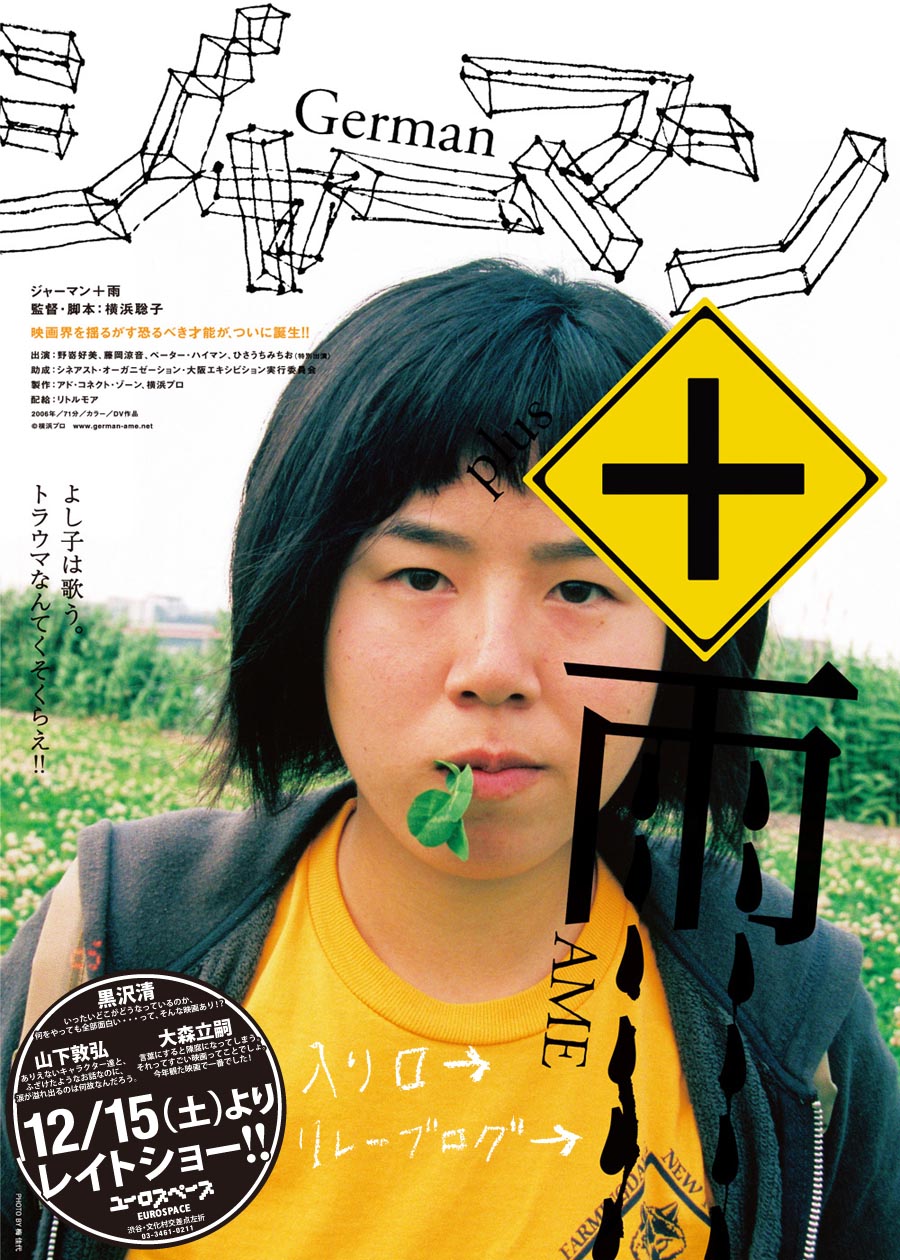 The 16-year-old Yoshiko (nicknamed “Gorilla Man” by her boss, after a manga character) has lived alone since her parents divorced; her mother is now dead and her father is in hospital. She works as a gardener’s assistant alongside a young German guy, and is determined to make it as a singer-songwriter. There are not many options open to a girl like Yoshiko in a small town like this, so she starts giving recorder lessons to three primary-school boys, one of whom wants to be a girl. She enters a singing contest but sends in her friend’s photo, thinking the judges will be put off by her looks. She discovers that a local pedophile has propositioned two of her pupils and decides to take action: emasculation or extermination! In the event, she settles for hush money and buys everyone treats at the convenience store … -- VIFF