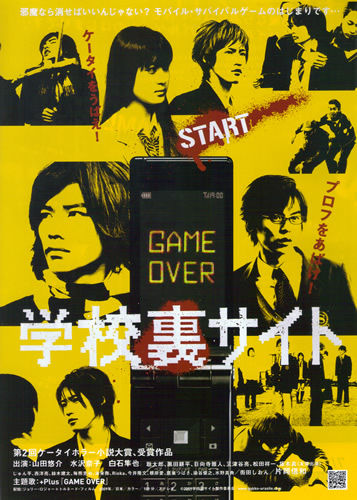 Shinichi Sanada, a young high school student, attempts to kill himself by jumping to his death. Shinichi survives but is seriously injured. Hayato Fujiwara (Yusuke Yamada), the High School Student President, senses there's more to this than just Shinichi being bullied. Hayato decides to talk to Shinichi's teacher Kyoko Aizawa (Shion Machida). Hayato can't get many answers from Kyoko Aizawa except cryptic warnings to "watch out" and "be careful."

Shortly later, Hayato Fujiwara is chased by a gang of youths led by Kenji Todoroki (Shunya Shiraishi). Hayato is able to escape, while also capturing one of the youths named Masashi Kajima (Shoichi Matsuda). After confronting Masashi, Hayato learns about a secret game that forcibly requires people to participate. Secrets are revealed and the stakes are incredibly high. Soon, Hayato Fujiwara becomes involved in the game and he's determined to survive, while protecting his very own secret that should never come out. 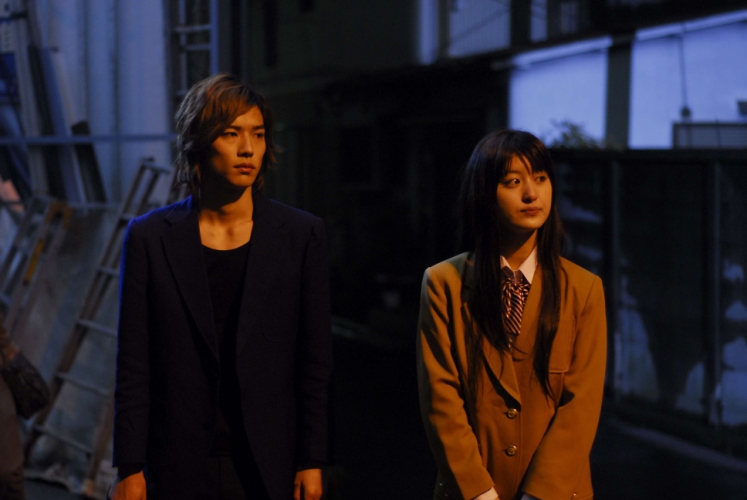 epelex Sep 18 2011 6:54 pm Hello Seika, this may be a little late reply but this film has been released on DVD in the UK (with English subs) as Tokyo Gore School. Hope this helps!