Funuke Show Some Love, You Losers! 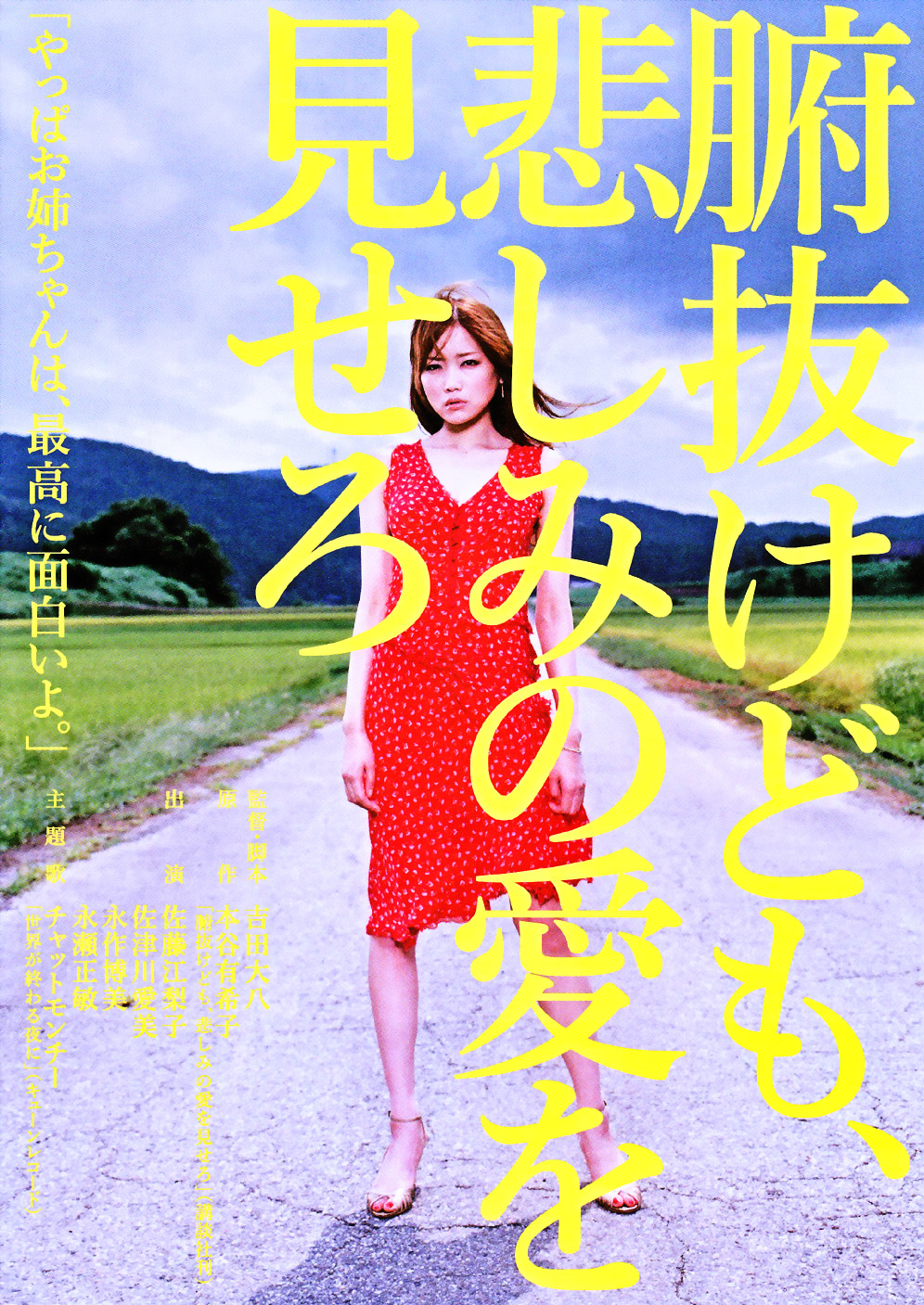 A funeral takes place at the Wago’s countryside home. Both parents were killed, while trying to prevent a cat from becoming roadkill. During the funeral, youngest child, Kiyomi (Aimi Satsukawa), has an asthma attack when she learns that her older sister Sumika (Eriko Sato) is coming back from Tokyo. Meanwhile, her brother, Shinji (Masatoshi Nagase), tosses his just-married wife, Machiko (Hiromi Nagasaku), aside when he notices Kiyomi’s asthma attack. Not more than a few moments later, older sister, Sumika, walks into the Wago home and asks Machiko for cab fare money.

It seems while Sumika pursued her acting career in Tokyo, she also incurred loads of debt. When Sumika learns that there’s not much inheritance left for them, she begins to pout to Shinji. Meanwhile, Shinki promises to do everything he can to help her. Finally, when Sumika and Kimoyi are left alone, Sumika admonishes Kimoyo for the manga she drew 4 years ago.