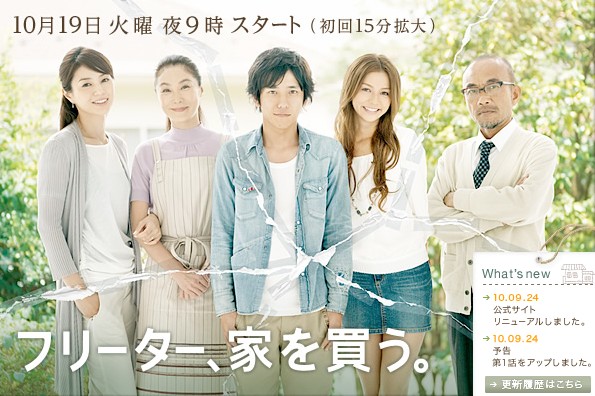 Seiji Take (Kazunari Ninomiya) is a young man who quits his job after working for only 3 months. He has no dreams, no will and zero money. He also fights with his father over his ways and then becomes a "hikkimori" - a recluse who never leaves his room. When his mother falls ill due to depression, Seiji is then forced to take a part time job at a construction company. He believes his job is just temporary and acts distant with his co-workers. Seiji then meets on site-supervisor Manamai Chiba (Karina) whose personality is the polar opposite of Seiji's. They have disagreements at first but become more understanding of each other. Through his work Seiji's outlook on life starts to change and he starts to rebuild his life.

Rei Sep 28 2012 8:48 pm I finished until episode 9, so far so great. This story have both bitter and sweet sides that sometimes moved me to tears. The relationship between mother and son just soooo sweet.

Even if it's not my favorite genre (I like comedy), but I tell you it's a great drama !!!