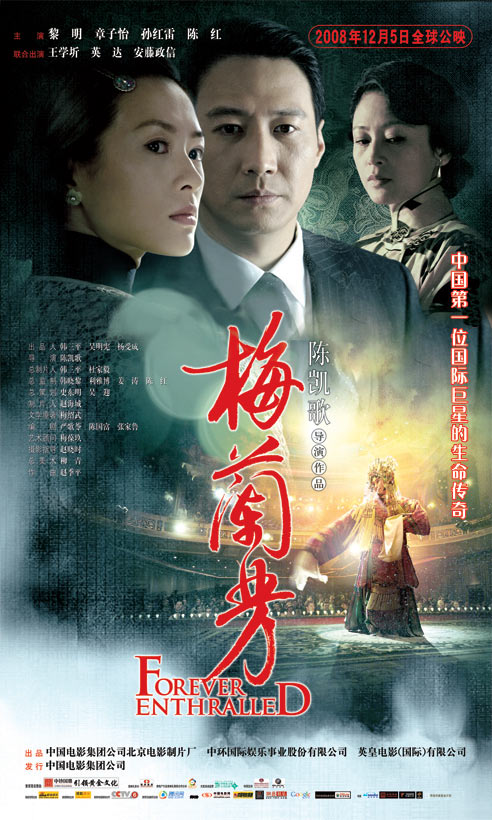 In 1938, Mei Langfang's good friend, Qiu Rubai, stood at Mei Lanfang's sickbed. For decades, he got along with Mei as brothers and almost as enemies. Qiu suddenly found out that it took him a lifetime to understand Mei. He told Mei: Now I understand. You wanted to be an ordinary man. Maybe you're always an ordinary man...

Mei Lanfang was born in 1894 to a family of Beijing Opera performers. At the end of the Qing Dynasty, the social status of opera performers was no better than that of prostitutes. Although Mei Lanfang¡¦s grandfather, Mei Qiaoling, was appreciated by the court, he had to perform on stage half-naked because he played the roles of women. After he satisfied the audience, what he got was disdain. Mei Langfang grew up in such a family and, like his grandfather, he also played women roles. Mei Lanfang's uncle told him that there was a punishment in the court which yoked the erred actors with a paper cangue and made them hold level a bow of water with their enclosed and raised hands. Whoever broke the cangue would be clubbed to death. A paper cangue became the symbol of the opera artists. They were subject to the possibilities of being killed by all kinds of "clubs", and Mei Lanfang was one of them.