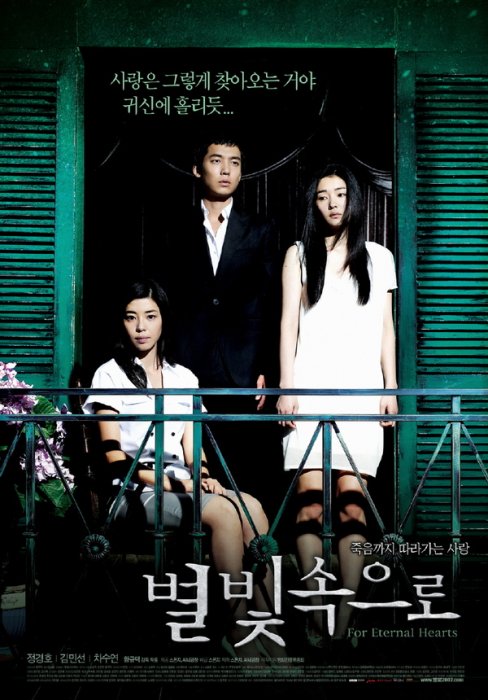 Suyoung who is a college professor in his 40s tells the class about his first love as they insist. Suyoung had to work his way through college in his 20s. He was attracted by a girl who had the look of 'Pippi Langstrump' in a classroom but plunged into despair, watching her disappearing into the cry of the times. Now the Pippi-lookalike girl shows up again before Suyoung who happens to meet Suji, a high school girl who charmed him at his part time work. Where does the reality end and who are dead or alive among them?

Thanks to subtle, yet, appealing narratives and the cast who embodied the 4 characters attractively, we encounter a chain of interweaving destinies that we do not know how to untangle. is a story about our existence that Director HWANG Qu Dok who has gained fame for realism style which is hard to see in most Koran films. Contrasts between pro-democracy movement and dreamy love, past and present, Korea and sky add up to attractive visuals.

As we grow older, the boundary between memory and fantasy grows blurrier as well in our fist love. Probably, reality and fantasy are nothing but two different sides of a single coin of our past. plants unforgettable memory in our hearts as the film shows heavenly stars against the background of reality and fantasy intertwining with each other. Just like Suyoung who is in his 40s, you and I may have survived our destinies thanks to our bonds and miracles. Isn't it fantastic? I bet you will feel the gravity of HWANG Qu Dok who have revived the memory of our turbulent youth against the streaming starry light.