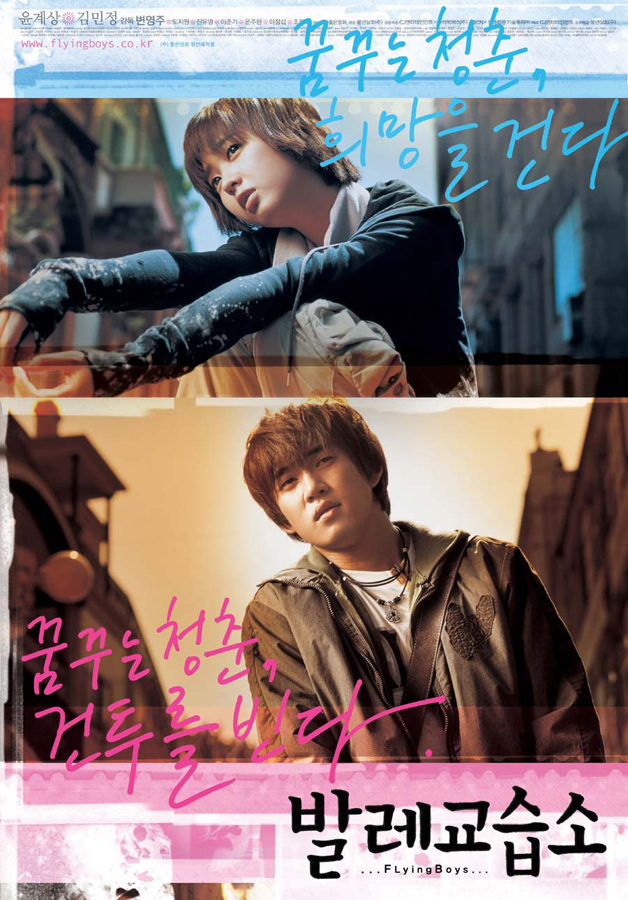 Best buddies Min-jae (Yoon Kye-Sang), Dong-wan (Lee Joon-Gi) and Chang-seob (On Joo-Wan) share all the common problems of high school seniors. They struggle against their parents and other peers to establish their own identities, fall for girls, eat, drink, and stress about college entrance exams and what school they’ll get into.

Min-jae’s father is a commercial pilot who expects his son to follow in his footsteps. However, not only does Min-jae NOT share his father’s ambition, his grades and test scores don’t qualify him to get into an aviation program. Meanwhile, his neighbor and crush, Soo-jin (Kim Min-Jung), has decided she wants to become a veterinarian, despite the fact she’s too afraid of animals to even touch a puppy! Sadly, her family takes very little interest in her future until the night her mother overhears another girl confessing her love to Soo-jin. Mom decides what her daughter REALLY needs is to take ballet classes at the local community center. “It will be good for your posture, and help you look more like a real girl,” she says.

Unfortunately for ballet instructor Mrs. Yang, though, her class is on the verge of being cancelled due to lack of attendance. Her only enthusiastic students are a waiter at the neighborhood Chinese restaurant and the video store owner. Even the middle-aged housewives who joined are quitting after a few weeks because they aren’t losing the weight they’d expected to. The lives of all of these characters collide one night when Mrs. Yang catches Min-jae driving drunk, without a license, and in his father’s borrowed car. She blackmails him and his friends into taking ballet, thereby saving her class from being cancelled.