Fly Me To The Saitama 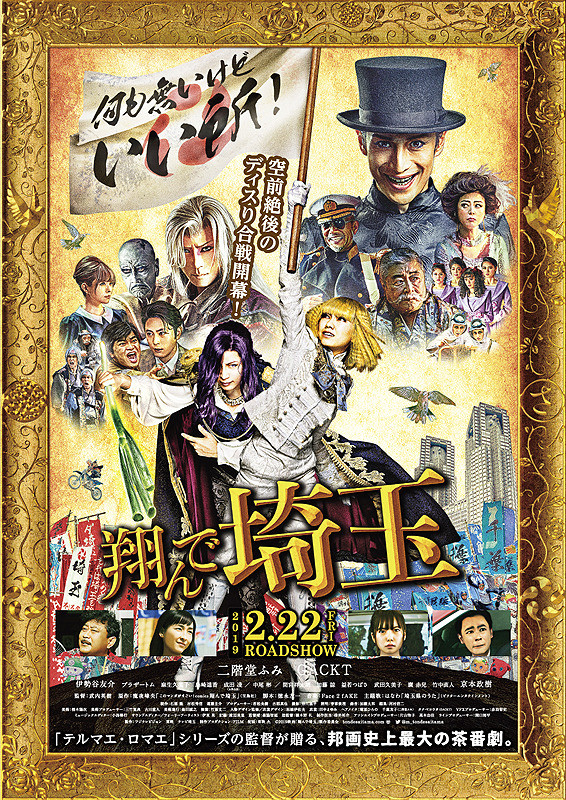 People from Saitama Prefecture are persecuted and, because of this, they hide the fact that they are from there. In Tokyo, Momomi Hakuhodo (Fumi Nikaido) is a male high school student and the son of the Tokyo governor. Physically, Momomi Hakuhodo looks like a girl. One day, he meets mysterious male transfer student Rei Asami (Gackt). They are attracted to each other, but Rei Asami is from Saitama Prefecture.

(Somehow i still find myself intrigued for the movie tho)

Desiree Apr 11 2018 8:51 pm LoLz, I hope he is not really a "high schooler" in this. Gackt looks young, but damn son, not that young. He uses a lot of make up already when he plays roles..... Maybe he is a vampire....definitely probably should read the book, cause I just can't understand this. lolz

Kensuke Apr 11 2018 12:25 am Gackt is famous singer and briefly married to Korean women but annualled. I remember him as 20 Faces seiyuu and sung the opening ang ending of that said anime. I hope he portray it as young high school despite of age. A rockstar aura, tanoshimi to watch it.