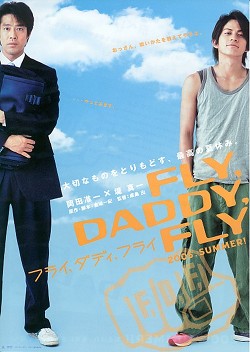 Suzuki’s world is shattered when his teenage daughter is brutally attacked. The assailant, Ishihara, son of a politician, brazenly mocks Suzuki as he throws him cover-up money. Angry, Suzuki finds he has no answer to Ishihara and in venting his anger, loses his daughter’s trust too. A sleep-deprived, crazed Suzuki goes to Ishihara’s school wielding a knife. He does not find Ishihara, but instead forms an alliance with an odd group of school misfits called the Zombies. The group’s elusive leader, Pak Sun Shin, decides to train Suzuki, who quits his job and embarks on a punishing program to win back freedom for his daughter.