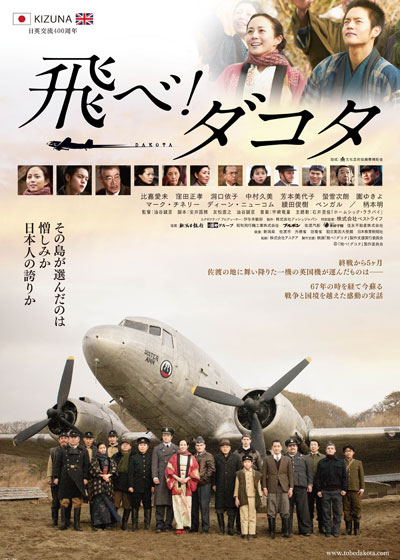 January 1946 - a British military transport plane departs from Shanghai on its to Tokyo, Japan. During the flight the airplane makes an emergency landing on Sado Island (located in the Chubu region of Niigata Prefecture, Japan). The residents on the island have heard stereotypes of the British soldiers and have mixed feelings about the their new "guest." Nevertheless, for the next 40 days the islanders take care of the crew members until the plane can take off once again. This includes Chiyoko Morimoto (Manami Higa) who is the daughter of the inn owner where some of the British crew members stay.

To Get Your Private Pilot License Done In 30 Days Or Less Apr 24 2014 9:42 am You have reason for fact a fantastic web marketer. The web page reloading swiftness will be wonderful. It sort of feels that you're accomplishing every exceptional tip. Moreover, Your contents usually are must-see. you've done an incredible job on this issue!

dutch Dec 12 2012 10:04 pm I heard from an actor in this film that the release date is postponed. More shooting is scheduled, and they need the wintery scenes of Sado island once more, this coming winter, so the release date will probably be in 2013 sometime.