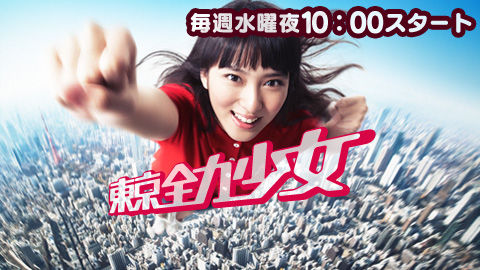 After learning her father is alive and living in Tokyo, Urara Saeki (Emi Takei) travels to Tokyo from her hometown of Kotohira in Kagawa Prefecture. As soon as she arrives in Tokyo, Urara discovers that she has lost all of her money (¥621,000). She met a guy named Daisuke Tamagawa (Shohei Miura) on the overnight buss to Tokyo, but doubts that he could have taken her money. Not knowing what to do now, Urara wonders around and meets a sweet woman named Hanako Serizawa (Manami Higa) at a flea market. Hanako introduces an odd man to Urara. The odd man gives Urara ¥20,000 and tells her "I want these pants". The odd man is Urara's father who she hasn't seen in 15 years.

What turned out as a coincidence turns into fate, as Urara is determined to learn more about her father. Urara quickly notices that her father is being preyed upon by several single women. Urara then decides to movie in with her, even though he encourages her to go back to Kotohira. Urara is now set on making sure her father is not being taken advantage of.

krystal Jun 25 2013 1:28 pm Nica-chan I agree with you, I wanted her to be paired up wth sakurai-san or Daisuke-kun.. but it is still a lovely story. I also didn't expect to like this drama but yes, I like it. Ganbatte Emi Takei!!

Nica-chan Nov 15 2012 7:47 am This drama is such an adorable father and daughter story! Didn't expect that I'll love it! :) Honestly, I wanted Urara to be with Sakurai-san (I think Takei Emi and Tsukamoto Takasahi has a great chemistry!) but then she might end up with Daisuke or no love interest at all though his Father will be there for her. :)