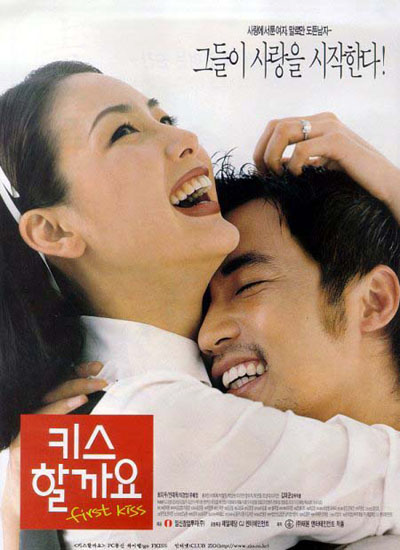 Song Yeon-Hwa, a reporter of a weekly entertainment magazine, is 27 years old. Though she is almost kissed by her boy friend several times, she has refused without particular reasons. Then she lost her boy friend. Now knowing her shilly-shally is the reason of her lost love, Song Yeon-Hwa loses daily rhythm all in a furry.

One day Han Kyeong-Hyeon, who seems to be a playboy, came to work with her as a photographer. Seating next seat Kyeong-Hyeon nags her chattering all kinds of things and wedging in every occasion. Yeon-Hwa, who suffers from aftermath of lost love, submits resignation with a burst due to nagging and scolding of editor-in-chief. The editor-in-chief who knows her personality very well, however, returns her resignation and opens a birthday party to change her mind.

Kyeong-Hyeon, who doesn't understand the situation, makes her upset by making a fun of mashing the cake on Yeon-Hwa's face. While Kyeong-Hee, one of Yeon-Hwa's co-workers who is sexy and active, bluntly approaches to Kyeong-Hyeon, though she is romantically involved with the editor-in-chief in secret. Kyeong-Heyon eats his heart out because he can't show her his heart, but finally they make sure of their love with first kiss.

eun kim Oct 04 2019 11:06 am I definitely was looking for this movie reminds me of my youth, I hope truth love never dies, as im looking forward for mine

Daniela Jan 01 2013 9:53 pm Very sweet movie. Huge fan of Choi ji woo but i wish i could see her in more adult roles like secret love or addicted type of movies.