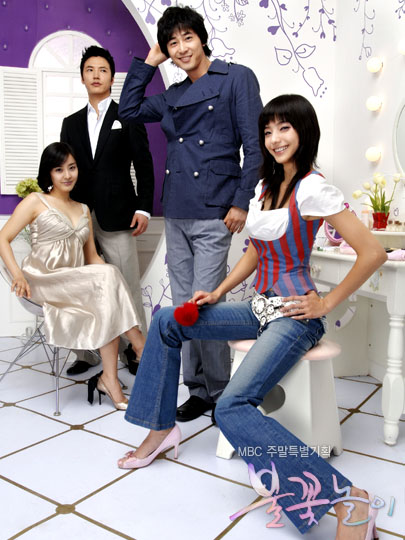 The main character of this drama is Shin Nah-rah, a girl approaching thirty who doesn’t have a house, money, a boyfriend, a job, or anyone to support her. All she has are her brains. After living unemployed for a while and struggling to make a living she thinks about getting married because then she can at least work as a housewife. After she gets dumped by her boyfriend, who she was planning on getting married to and living together with, she goes out to find the woman who stole his heart; but while at this woman’s cosmetic company an ad for a sales clerk catches her eye. Having nothing to lose she fakes being her 20 year old little sister, a high school graduate, and starts working as a sales clerk at the company. At work she meets a guy who is immature and spoiled, very much like the woman who stole her boyfriend. The two always snarl at each other and get into disputes but this man later turns out to be an employer who works at the company only because his mother is the vice president of the company; in other words he is the son of a chaebol. A love story starts to grow between the employer who knows nothing except being tough and an employee who knows a lot more than her boss throughout all their disputes and quarrels.

Sharon Mar 27 2018 1:26 am Anyone know the name of the actor that plays the young guy that likes na-kyong/na-ra. The guts from the dating party. He looks so familiar but i haven’t been able to find his info. Is it Choi Dae Hoon??