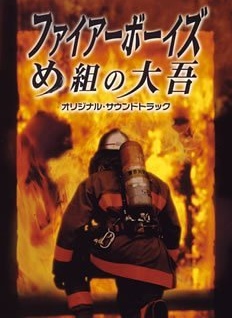 A young boy is saved by firemen in a fire. His name is Daigo Asahina. Now he's a grown-up and has recently received his credentials as a firefighter. He has wanted to become a firefighter like the hero who saved him from the flames. But the firefighting brigade he is assigned to is the so-called "Me-Gumi," which is the nickname of the Medakagaoka Fire Brigade, and which at first glance seems to have absolutely no fighting spirit whatsoever. Actually, however, this is the home of a group of seasoned professionals led by that legendary firefighter Commander Gomi. They're active on the front lines risking their lives.The innocent Daigo, burning with a sense of justice and of mission, battles together with his compatriots of "Me-Gumi," suffering, laughing and crying together with them as he develops into a topflight firefighter in this moving human drama.