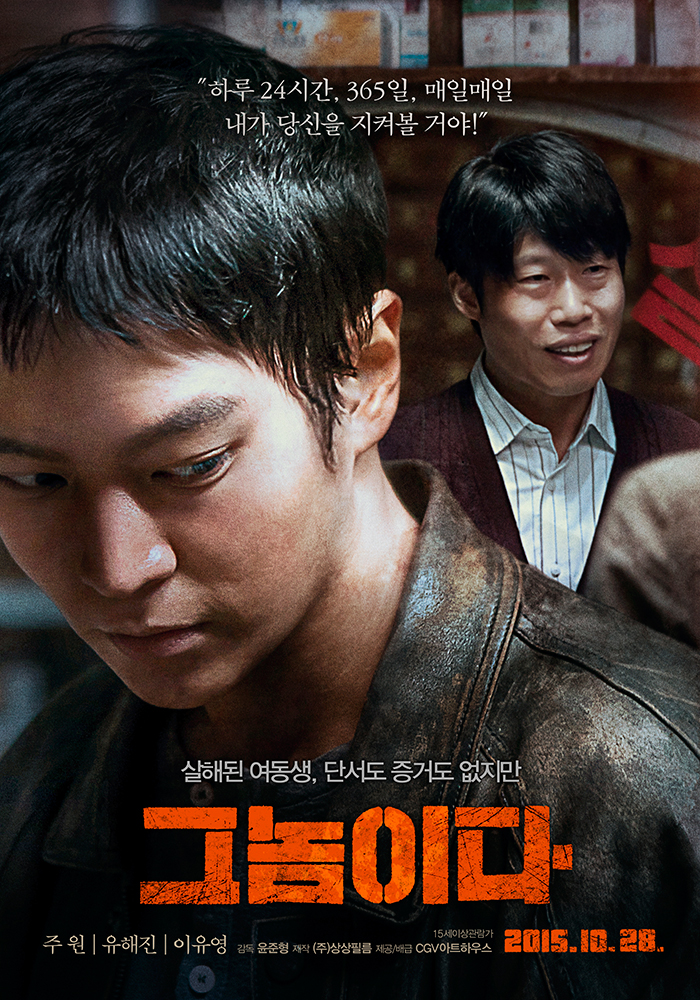 Since their parents' death in a car accident, Jang-Woo (Joo Won) has taken care of his younger teen sister, Eun-Ji (Ryoo Hye-Young). He watches over her almost too protectively. One night, Jang-Woo goes out and when he returns he finds Eun-Ji missing. Later, Jang-Woo notices a suspicious fellow lurking in the background. He gives chase.

Shi-Eun (Lee Yoo-Young) is an outcast, shunned and mocked by others. Her frayed personality is due to her overwhelming ability to see the deaths of others before it happens. Her heavy guilt leads Shi-Eun to help Jang-Woo in his chase.

Aangz Oct 25 2020 2:51 am i was at first intrigue with storyline, but i find the story a bit dragging and i hate the character of the clairvoyant girl. Shes dragging the whole story with her indiciveness and stupidity. Its 5/10 for me.

jinjoo Aug 13 2017 5:36 pm joo won brought me to see this movie w/c i never knew till now, it's a thriller and it seems interesting! luv him since baker king with his superb acting skills then by now i've seen most of his projects, luvd his gaksital drama or bridal mask, yong pal too & others! he rocks! fighting and be safe in your military service! we'll be waiting for you!

yooo Feb 14 2015 6:07 am I heard they'd be in a movie together and it made me happy. But I didn't know the plot was gonna be about this. Lol. It'll be interesting to see the together in an intense scene. I was used to look at them and laugh because of 1N2D! Fighting!

hamido Jan 30 2015 7:06 am he chases after hes brothers killer not after hes younger sister.

"It's Him" is about a man who chases down the killer of his brother directed by Yoon Joon-hyeong. The female cast is still in process.