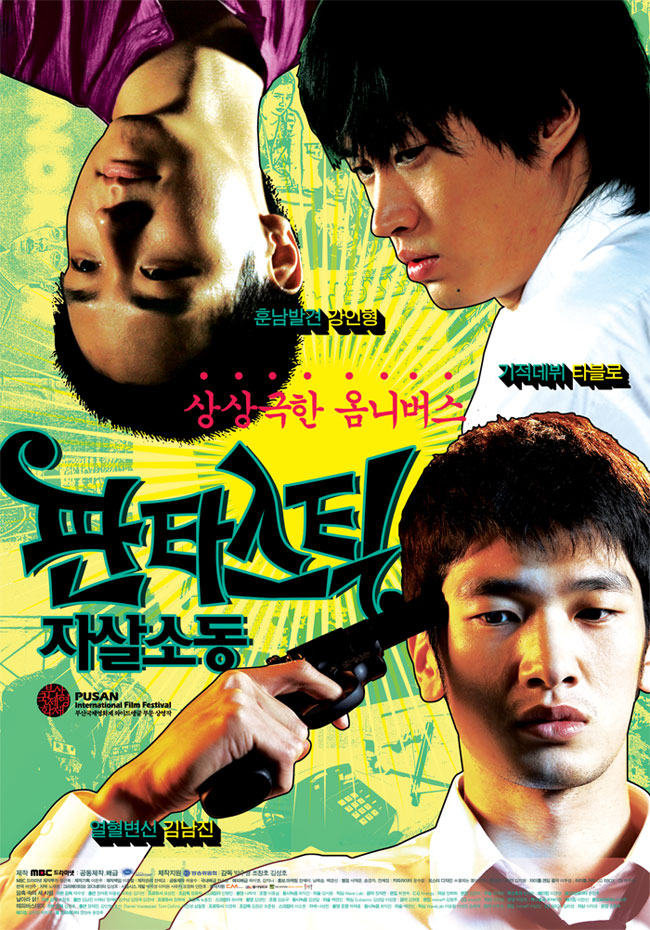 Episode #1 Hanging Tough Soo-yeong Park Gina had fall asleep in a library and missed her exam. She jumped from the roof top of her school, but found herself totally fine. And there are three other people: Min-ho, who wants to bring peace to the world with his handmade bomb; a school nurse, who feels love towards Gina; and finally, a chief teacher suffers from the delusion that somebody is trying to kill him. But there is one thing that they have in common: they are trying to kill themselves. Everything happening at school is so bizarre and confusing to Gina. Whether or not she wants, she gets into unexpected and gruesome fights with them. Can she save all of them and the world in the end?

Episode #2 Fly Away, Chicken! Chang-ho Jo There is a helpless man who has failed as a cop and decided to take his life by himself. He heads for a secluded beach and witness some guys assaulted a woman sexually one night. He's been ignoring the incident in the thought that there is no point to eliminate one evil person. Next morning, when aiming a gun to his head he sees the two guys from last night are hanging out with the dead woman's dress on the beach. There are only three bullets in his gun. He uses two for killing those guys and is about to use the final one for himself. Then suddenly, another guy lying under the sand is caught by his eyes. He starts to chase the guy.

Episode #3 Happy Birthday Seong-ho Kim It is another birthday to a 70-year-old solitude old man today. He expects someone to celebrate his birthday but nobody knows it's his birthday. Desperately, he decides to throw himself to a railroad to kill himself. At the moment, he finds a young man with cash bag who tries to kill himself, too. He used to work for a funeral service as a car driver and ran away with the cash bag. However, he realizes there is no place to escape, and makes up his mind to suicide. Since gangsters are running after him to get the bag back, old man and young man run away to the container ship dock at Incheon. Changing the clothes of each other, the young man enters the coffin of his funeral car and the old man locks the coffin in. The old man dives into the ocean and disappears.