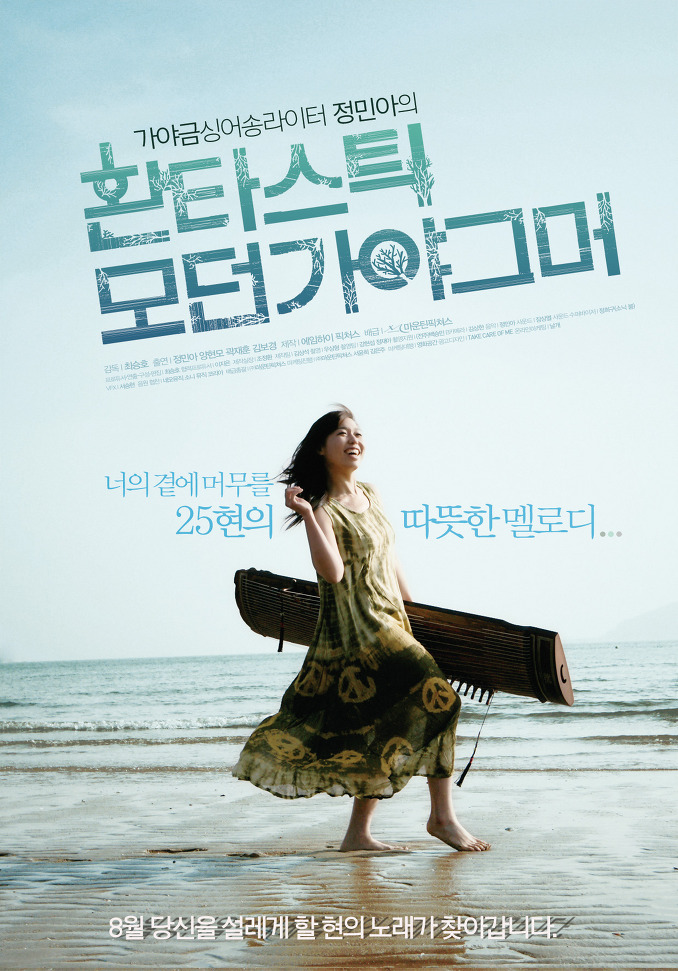 In the documentary "Fantastic Modern Gayagumer" - Jung Min-A is the first gayageum singer-songwriter in clubs near Hongik University, Seoul. She calls herself a modern gayageumer. During the day she works as a customer supporter rep. and at night plays in the clubs around Hongik. Jung Min-A released her first album "Sangsamong" in 2006 and it sold more than 10,000 copies. She started to get some recognition in the media and public.

To inspire herself for her second album, Jung Min-A embarks on a 15 day street performance tour in the summer of 2009. Along with Jung Min-A, bandmates Yang Hyun-Mo (percussionist), Kwak Jae-Hoon (bass), and Kim Bo-Kyung join her for the tour. Kim Bo-Kyoung used to work as a marketing manger at Sony Music, but quit her job to work with Jung Min-A. Her beautiful gayageum performance begins...