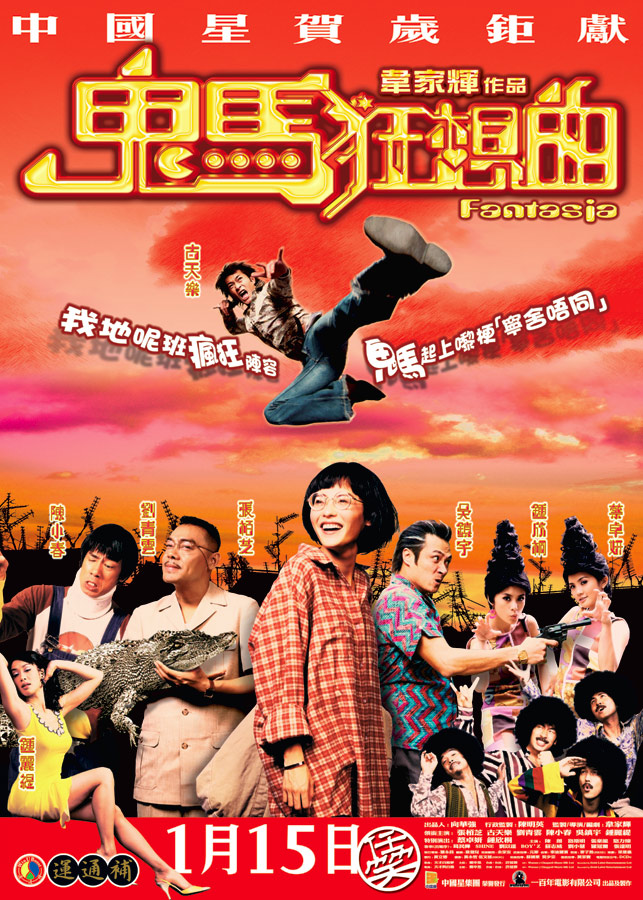 Sam, a petty conman (Louis Koo), is proud of his deceitful trick and full of cunning ideas, always pushes a con artist, Michael (Lau Ching-Wan), to dupe money together. Yet Sam keeps falling into traps that Michael sets.

Sam and Michael pick up a lamp by chance. Out of curiosity, Sam touches the lamp and releases a witch named LAM Ah Chun (Cecilia Cheung). Ah Chun, indeed, is a student from a witch school. Her mission is to grant out three wishes for anyone who releases her out from the lamp. However, Sam believes to earn his living through himself, not any magic power. He turns down the three granted wishes. Ah Chun is forced to stay until she can fulfill her mission.

Ah Chun has no choice but to pester Sam to make wishes. Sam insists not doing so, believes his own ability can give him a better future such as exchanging tiles by feet beneath the mahjong table. When Ah Chun attempts to help Sam by magic power, he strongly opposes except collaborates with him exchanging tiles by feet too. Although Ah Chun doesn't want to, she finally does so.

Michael envies what Sam has been granted from Ah Chun. He joins SHEK Kin, a scoundrel (Francis Ng), to force Sam making his first wish through tricks. In hope to get benefits from his second and third wishes. Yet it turns out to be disappointed in reality.

When Sam watches the first American landing on Moon from TV, he wishes Chinese can do so too. Ah Chun tells him that the first Chinese will land on the Moon in 2009. Sam finally makes his first wish.

Ah Chun brings Sam and Michael to 2009 when the Chinese astronaut is visiting Hong Kong. They see the astronaut is waving to the passionate crowd. After seeing the astronaut, they shop around, buying lots of electronic appliances. Sam suddenly bursts out his second wish --- going home.

When they return back to 1969, Sam and Ah Chun realize that there is a crush subtly grows between them during this journey. Sam understands after he makes his last wish, Ah Chun has to leave. Sam pay extreme cautious to his last wish and cherish their limited time together. They both try very hard not to let this moment comes¡K