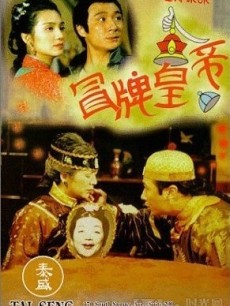 Ma Bian was a professional barber who could toy swiftly with his blade. He was chosen by Empress Ciqi to be the substitute for Emperor Guangxu in hosting the public memorial ceremony requested by the Eight-Power Allied Forces after the Chinese government has been defeated. The ceremony was to pay respect to the English soldiers who had been killed in the war. Ma Bian was chosen because he looked exactly like the Emperor........