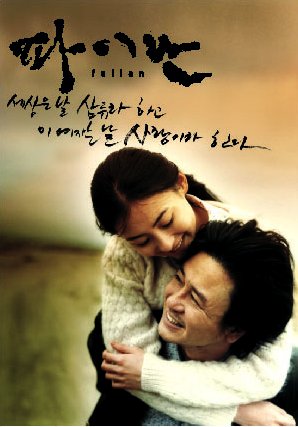 The only time his mucous-ridden, bloodshot eyes brighten up is when he is sitting in front of the game machine...this is what makes him not just a browbeat but a 'third rate' browbeat.

An incident inadvertently forces Kang-jae to sign a life-risking contract with the boss of a major gang, a difficult decision but one that Kang-jae believed would help him return home triumphantly. Then out of the blue, he receives a letter.

"Kang-jae...thank you for everything. With your help, I've been able to continue working in Korea. Everyone here is so kind. But you are the kindest of them all. Because you have married me..."

After a brief moment of confusion, Kang-jae remembers the time when he went through a fake marriage for a few bucks. The warmth Kang-jae was feeling from the letter takes him into unfamiliar territory...