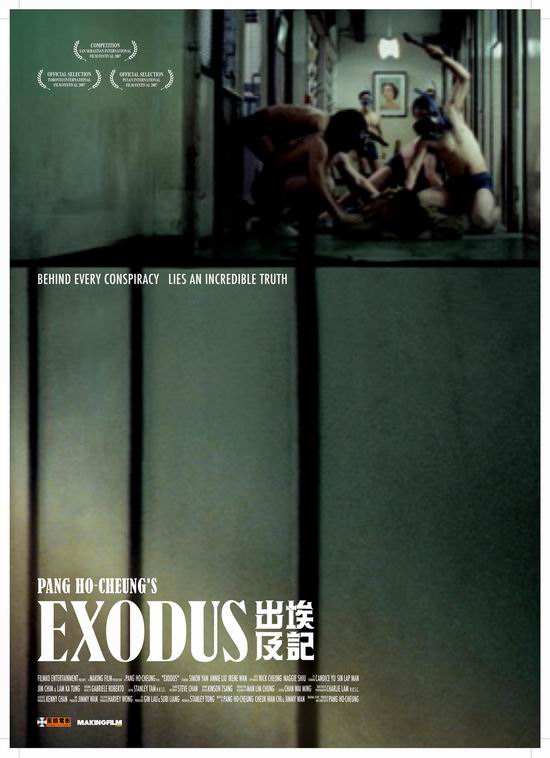 Tsim Kin Yip has been an ordinary beat cop for more than two decades, failing all the promotion interviews he's tried over the years. Against these setbacks, he's grateful that his loyal wife, Cheung Fong, has always stood by his side to support him. Tsim's mother-in-law, on the other hand, finds him useless, and her endless complaining wears down the poor couple. Cheung's mother often advises her daughter to find a better man and re-marry.

One afternoon, Tsim is on duty in the police station's report room. KWan Ping Man, a suspect accused of peeping in a women's washroom, is giving a statement. Kwan denies the charge but tells Tsim the big secret he overheard in the washroom. He claims that there's a global women's organisation plotting to kill all the men in the world. And it's such a huge secret that ladies only discuss it in women's washrooms, where no men would go. That's possibly why women spend more time in the toilet than men. Kwan says he went into the women's washroom to uncover more evidence of the planned mass murder of men. Tsim finds the story ridiculous but Kwan stands by his statement. The cop has no choice but to write down what he's told.

That night, Tsim's colleagues from the police station phone to say the statement has gone missing. He returns to the station to take another report, but this time Kwan has switched his story and pleads guilty. It seems he has something to hide. Tsim's suspicions are arouse and he decides to do some investigating.