Everything In Its Time 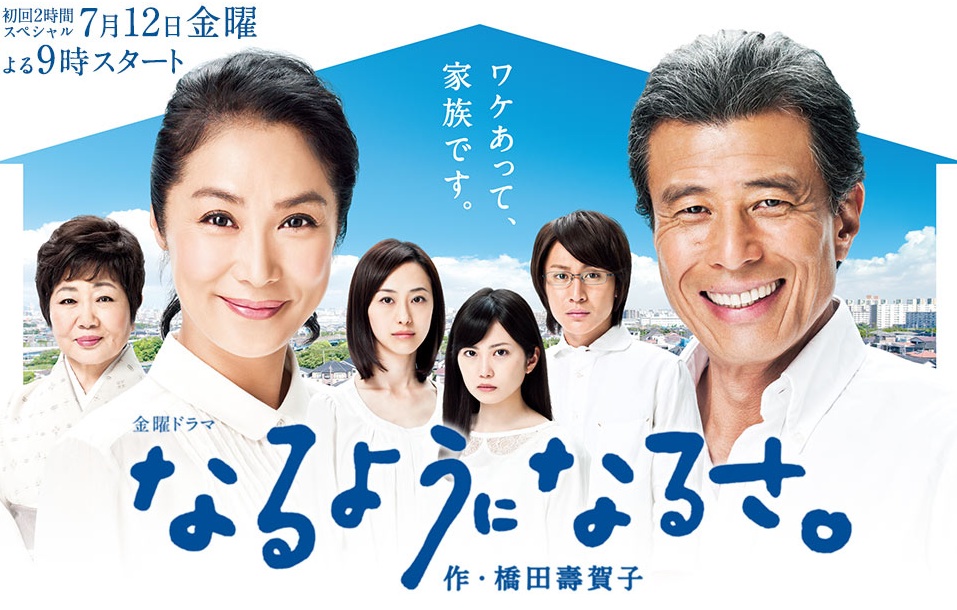 Daigo Nagashima (Hiroshi Tachi) is about to retire from his company. He has a wife named Aya (Atsuko Asano) and his children are already married.

One day, Aya tells Daigo that she wants to open a "house restaurant," which she has dreamed about for a long time. This throws a curve into Daigo's plans to live peacefully after retirement, but he decides to support Aya's dream.

Now, their house restaurant is set to open soon. Younger people, who each have their own stories, come to the restaurant to work. While Daigo talks to these younger people, he realizes how important the family is. When Daigo and Aya raised their own kids, Aya was the only one to take care of the children.

Mith Oct 08 2013 2:42 am Just viewed only episode 1 and booked mark for the further episodes. Aya and Daigo both have Really huge, huge hearts and that's what will transpire into this story. The writer and director are Really creative. I already rate this 100+