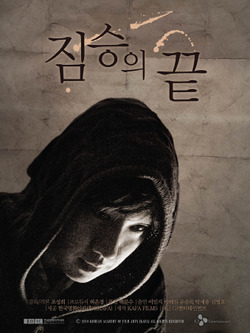 On a cold winter day, Sun-Yeong (Lee Min-Ji) rides a taxi and heads to her hometown to give birth. Her mother still lives there. A strange man in a baseball cap (Park Hae-Il) then hops into the taxi and starts speaking gibberish. The man is also rude, borrowing money and a lighter from Sun-Yeong. The odd man pretends to know everything about Sun-Yeong and the taxi driver. He then starts a count down and when he reaches zero the world seems to stop.

When Sun-Yeong awakens, she finds a memo from the taxi driver stating that he will be back and wait for him. Sun-Yeong's cellphone doesn't work and she can hear sounds of monsters nearby. Through the radio, the strange man in the baseball cap instructs Sun-Yeong on how to survive, but she just ignores him and heads for the Tae-Ryeong rest area believing she will be able to contact her mother there . While going to the rest area, Sun-Yeong meets a boy who lost his mother and a man on a bicycle. Will Sun-Yeong be able to get to the rest area and who is the strange man in the baseball cap?

kfndfbln;k Feb 01 2016 3:29 pm when I saw this movie all I could say was WTF!!...This movie is sick, and weird it just messed up the actors profile's...I'm sorry it just did so bad. I literally just waisted an WHOLE hour when I could have been watching something else