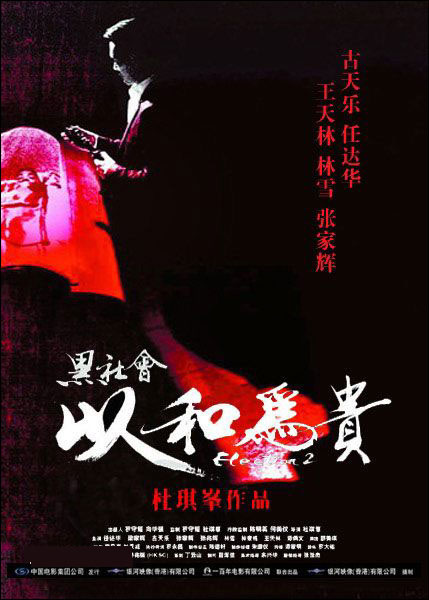 Wo Sing is Hong Kong’s oldest Triad Society. Under the leadership of its current Chairman Lok (Simon Yam), it has grown to become the most feared crime organization in the city.

Jimmy (Louis Koo), a twenty-first-century gangster with an M.B.A., wants to go clean by building a legitimate business empire. His profit-making enterprises have already made him a favorite in the upcoming Chairman election, but his popularity has also brought him to the attention of the Chinese authorities, who believe he is the perfect middleman to bring the Triads and the Central Government into peaceful co-existence.

The Chinese authorities offer Jimmy access to the Mainland’s business market should he choose to lead Wo Sing for the next two years. The irony is not lost on Jimmy: in order to escape the Triads, first he must become their leader.