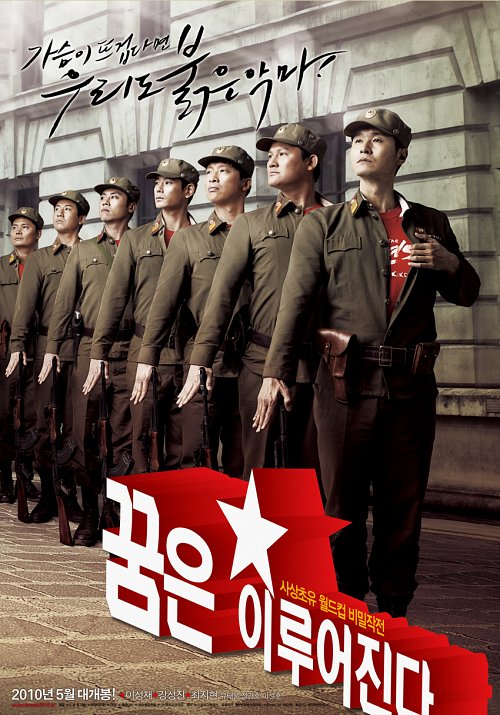 Set during the 2002 World Cup event in Korea and Japan, "Dreams Come True" is a comedy that takes place along the DMZ separating South and North Korea. Soldiers from both sides partake in soccer matches ...

Ronaldo Nov 30 2013 6:34 am It's totally...LOL with the sense of brotherhood/camaraderie......really fun and entertaining to watch particularly while they are listening over their radio transmitter...