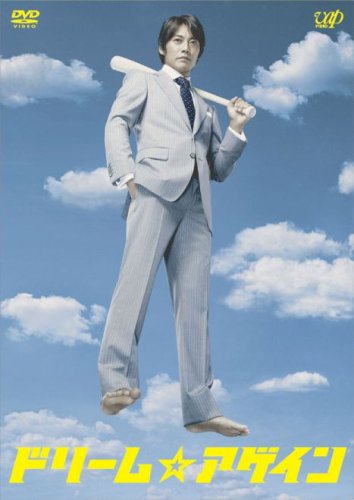 A pro baseball player Shunsuke Ogi(Takashi Sorimachi) was fired by the Tokyo Yomiuri Giants because of a shoulder injury. After one year, he still dreams of coming back to the game, and decides to put everything behind to try out again. After he cancelled his wedding with his fiancée Satsuki Ninomiya (Ai Kato) and threw away the ring to forget Satsuki, a lightning bolt strikes him to death.

When Shunsuke woke up again, he was standing in front of Heaven’s gate with his guide, Tanaka (Kiyoshi Kodama) who informed him that Shunsuke died from being hit by lightning, and they realized that the Ministry of Heaven made a mistake of killing Ogi instead of some other person. Since Shunsuke’s body was already gone after cremation, Tanaka decided to place his soul back into the body of another man, Asahina. When Shunsuke comes alive again as the cold-hearted president of a fund management firm, Asaniha, his life is not easy. He doesn’t understand Asahina’s work, he has a complicated personal life, and the 34- year-old man’s body is out of shape. Shunsuke has no time to waste for the next Giants’ tryout to make his dream come true.