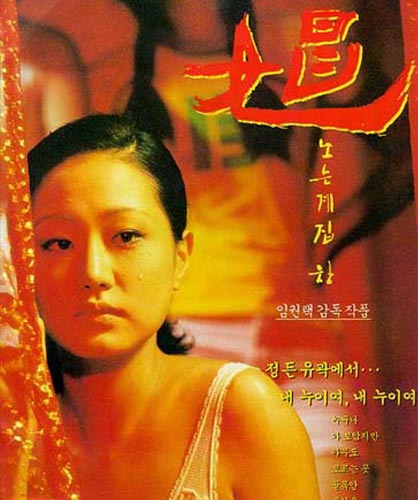 Since she flew in a brothel at her age of 17, Young-Eun sells her body roaming from here to there until she becomes a shabby middle aged woman. At first life itself was terrible, then she gets to enjoy making money by some means and later she falls in a situation that she can`t even dream to live in different way. Kil-Ryong, a well-natured man who sometimes appears to her, used to disappear leaving her warmth like a mother`s breast. Though he can never change the direction of her life and nor he is a prince on the white horse who save Young-Eun from a quagmire, it is enough for him to be a wisp of wind that soothe her soul. After a long time passed, these two who repeat to meet and part casually cry in their sorrow for a while holding their worn-out bodies each other.