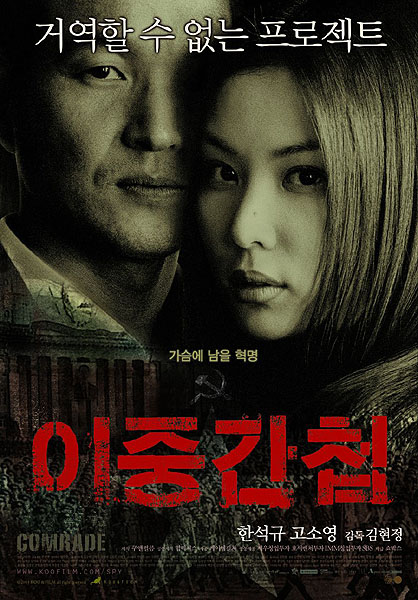 It’s 1980 at the height of the cold war Lim Byong-ho (Han Suk-Kyu) is chased by North Korean officials at Checkpoint Charlie in East Berlin. He narrowly escapes.

In safety on the other side of Checkpoint Charlie, Lim is met by South Korean Officials. Back in South Korea, Lim endures horrifying torture by the Korean Central Intelligence Agency (KCIA). Finally convinced Baek Seung-chul (Cheon Ho-Jin), the officer in charge, lets him work as a training officer for operatives on survival in North Korean territories.

After two years Baek now head of operations brings Lim in to the heart of the agency as a special information analyst on North Korean matters. But the KRCIA never completely trusts him, as he is under constant following either to and from his apartment or at the job.

But Lim is actually a North Korean spy. He takes his orders from a sleeper agent, Yun Su-mi (Ko So-Young), who is the local radio station’s classical DJ. When her program is cancelled, they have to arrange other means of transmitting the orders from Pyungyang. So staging a fake chance meeting at the church where Baek and wife attends, the wife actually introduces them, they fake a budding romance, but due to their isolated lives as espionage agents, they actual develop true feelings for each other.

When intel from Lim brings about the death of 16 South Korean spies, the net is tightened around the North Korean spies and fatal mistakes are made by Yun’s controller (Song Jae-Ho).