Dongju: The Portrait of a Poet 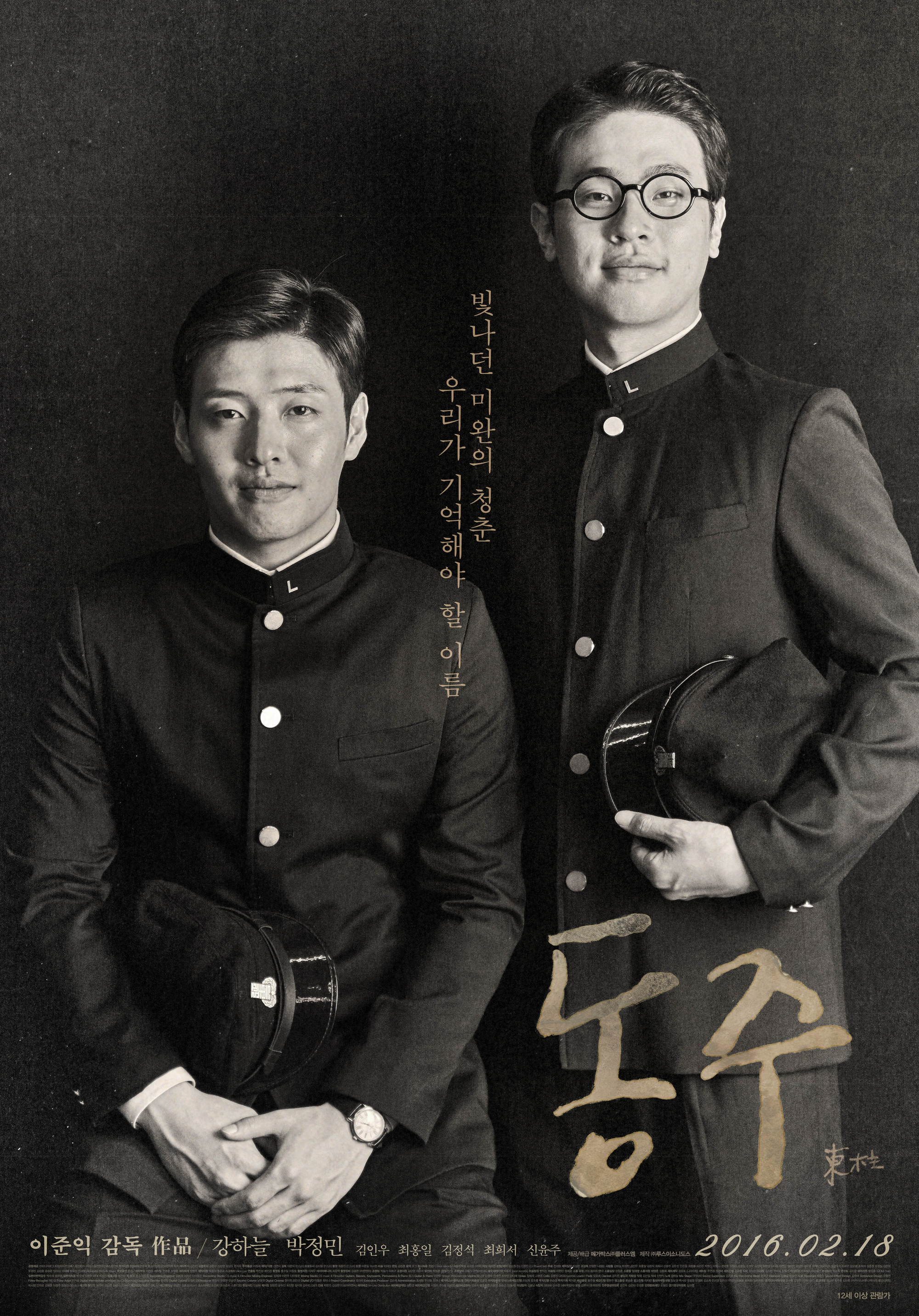 Follows the life of poet Yun Dong-Ju (Dec. 30, 1917 – Feb. 16, 1945). He was eventually imprisoned by the Japanese government for being involved in the Korean independence movement.

Magdalene Sep 03 2017 1:36 am A story of youths who wanted to stand up against oppression during the Japanese Occupation. What makes this movie touching are the beautiful poems that reflected the deep longings of Dong Ju while living in this difficult period especially when his youth was not over & his dream of becoming a poet seemed inappropriate and death was impending. Love the poem " A night of counting stars". The OST by Kang Ha Neul was beautifully sang.

haneulababy Nov 18 2016 10:09 am well...well... well that movie was dope honestly i got all emotional and couldn't get over it i'm still searching and googling about it.. amazing actor(kang ha neul) amazing director amazing music amazing scribt <3 a must see forreal

suzan Apr 01 2015 4:26 pm It means he's not doing happy facebook or something with Park Shin Hye? Anything is good! As long as I can see KHN in lead roles! haha Hope he does a drama as a main lead soon!! I watched his dramas and they makes me upset coz he keeps losing the girl T_T