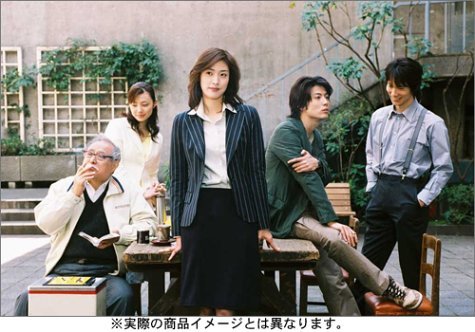 Takako Mamiya (Yuki Amami) is an elite lawyer who passed the bar exam on her first attempt. After graduating from Tokyo University (Japan’s most prestigious university), she joins a prominent law firm and her performance there proves to be outstanding. Filled with ambition, she soon leaves the firm and consequently sets out to establish her own law office. This is where the wheels start to fall off...(The Story)On the first day in her new office, none of the lawyers that Mamiya had hired show up. In addition, the company that she was supposed to sign a corporate contract with suddenly calls to cancel the deal. She soon realizes that the law firm she had quit was behind all of this, causing her clients and employees to drift away. To save her new law office, she struggles to put together a new staff. However, she ends up unwillingly hiring a college law student who had been working in the building as a window washer (Tetsuji Tamayama), a girl who applies for the job in hopes of meeting a rich guy (Mimura), a high caliber but hard-nosed lawyer (Kuranosuke Sasaki) and a white haired 62-year-old who has been trying to pass the bar exam for 9 years (Masahiko Tsugawa.)A few days after Mamiya starts up the practice, a woman client who is looking to file divorce visits the office. However, for an elite lawyer like Mamiya, divorce cases are the most boring and unrewarding. She reluctantly decides to handle the case in sake of her business. Their next client is the former mistress of a major construction firm CEO. She seeks to make the CEO pay palimony at the ring of 100 million yen (one million dollars.) Each episode introduces a new client with a new case for Takako’s team to tackle, and all the cases involve “marriage” in one way or another.Clashing with her clients and employees, Mamiya not only improves her skills as a lawyer but develops into a mature and tough woman. This drama focuses on human-ties with a delightful mix of humor.