Din Tao: Leader of the Parade 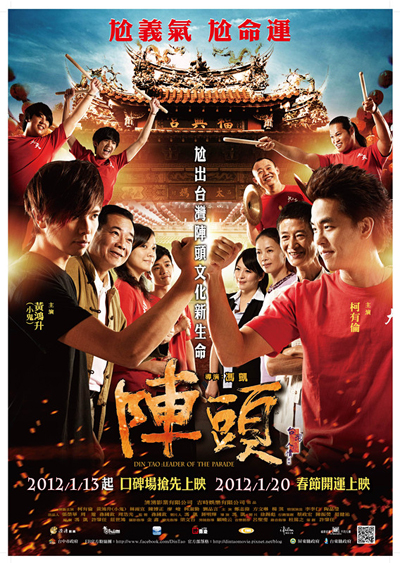 Ah Tai (Alan Kuo) failed in his pursuit to become a rock star and has now returned home. Meanwhile, his father runs a modest din-tao troupe (traditional drumming group), while having a strained relationship with his rebellious son. Things change, when his father's din-tao troupe gets into a confrontation with a rival group. Ah Tai is suddenly appointed the leader of his father's troupe and he vows to defeat his rivals.