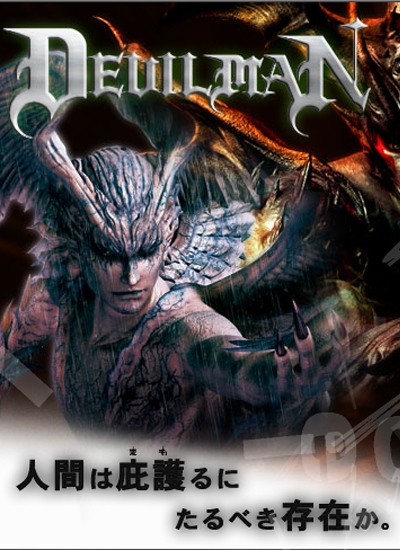 The story follows Akira – your typical high school student with Peter Parker-esque problems. One afternoon, from out of the blue, his best friend Ryo hands him a VR helmet (!) containing an emergency video transmission from his father in Antarctica.

Turns out, Akira Sr. accidentally unleashed a horde of demons while working on a scientific project, and everyone in the facility got possessed. Akira and Ryo drive to Antarctica (!!), where Ryo unveils himself to be an angel. Suddenly, a giant demon sperm possesses Akira (!!!), turning him into a large computer image (aka Devilman). Vowing to defend mankind, our horned hero embarks on a "journey of the self" while laying waste to numerous demons that threaten the world.