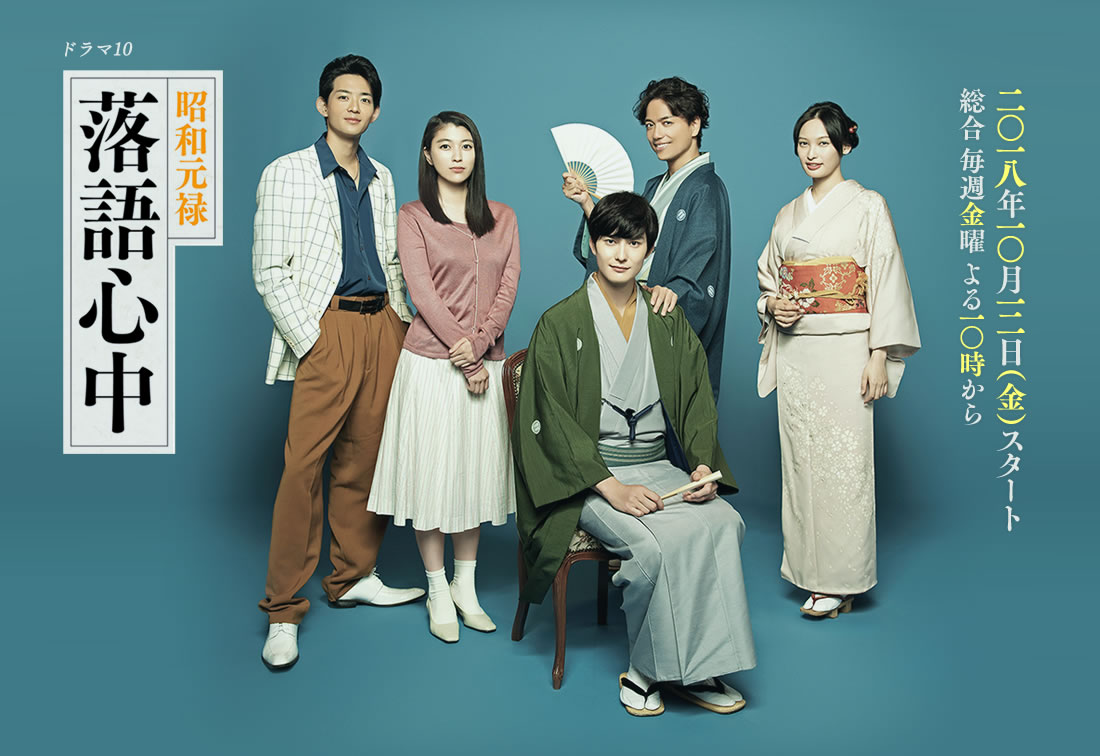 Yakumo admires Yurakutei’s talent and struggles to achieve his level of performance. With the help of geisha Miyokichi (Aya Omasa), Yakumo grows up as a rakugo storyteller. Yurakutei and Miyokichi get married, but they die in a mysterious accident.

Yakumo takes Konatsu (Riko Narumi), who is the child of Yurakutei and Miyokichi, and raises her. Konatsu grows up blaming Yakumo as her parents’ enemy. Konatsu and Yakumo’s disciple Yotaro (Ryo Ryusei) chases after the truth of her parents’ death, which Yakumo hides.