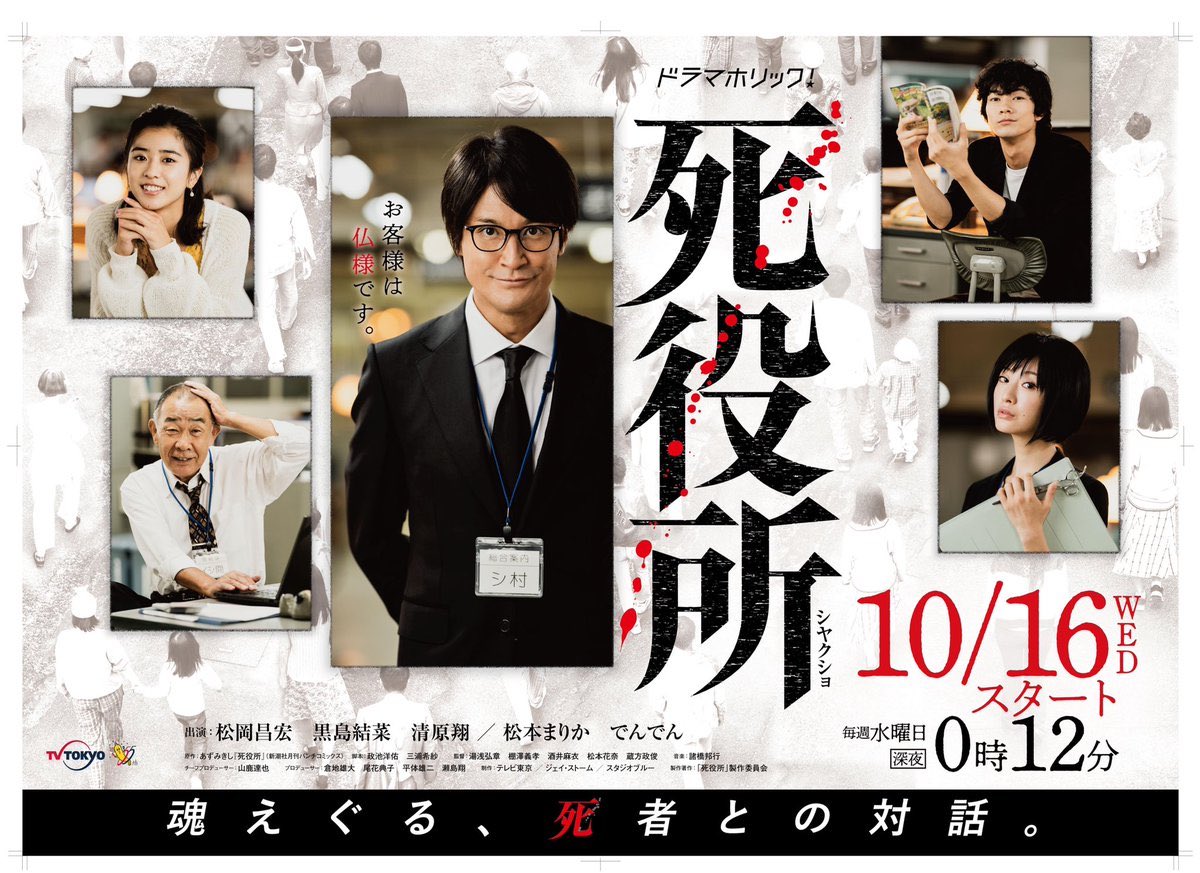 People who just died first visit the death office. There, the final destinations of the deceased, who died for various reasons including suicide, murder and disease, are decided. Shimura (Masahiro Matsuoka) works at the death office.

Nanashix88 Mar 24 2021 3:11 am The storyline is very interesting. Mabo really good with this type of character(weird and mysterious type). Hope they will make another episode to discover mystery behind his daughter murder and why he was sentence for murdering her. Each episodes made me think there are much things happened in this wide world. Storyline: 9/10 Actor: 10/10 Cant get enough of this...

Nanashidess Sep 09 2019 7:24 pm Weird but sound like a very interesting drama. Definitely Will watch this drama!